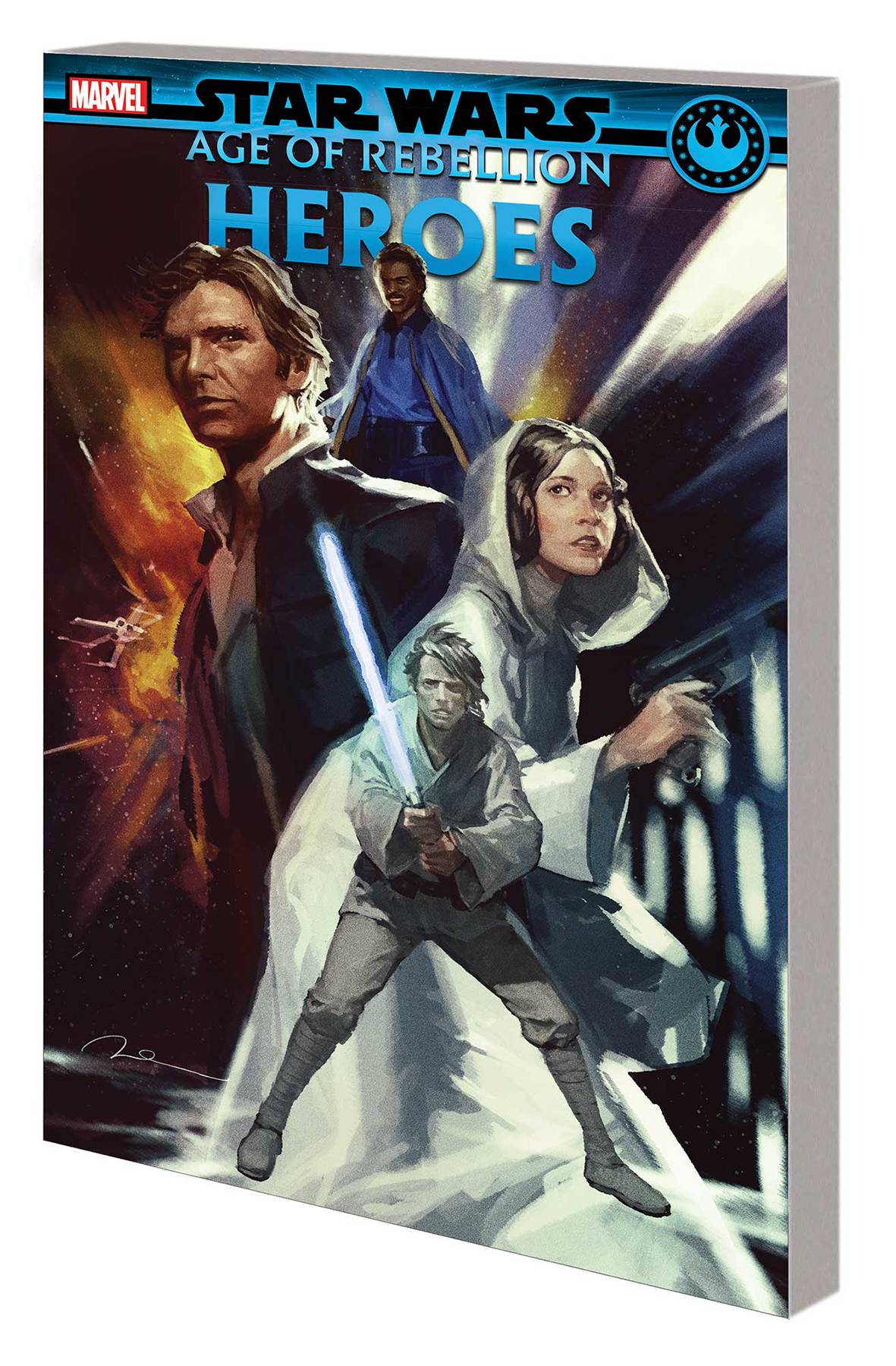 #
MAY190977
(W) Greg Pak, Marc Guggenheim, Jon Adams (A) Chris Sprouse, Andrea Broccardo, Jon Adams (CA) Gerald Parel
The Age of Star Wars - an epic series of adventures uniting your favorite characters from all eras - reaches the heroic icons of the Original Trilogy! Han Solo is ready to take his reward and return to life as a scoundrel - until a certain kid he knows asks for one last favor! Former smuggler Lando Calrissian's dream of a life of leisure and luxury depends on one final scam! Luke Skywalker faces his first temptation - will he give in to the dark side? Leia takes on the identity of bounty hunter Boushh to rescue Han from Jabba the Hutt - but first, she must prove herself to Bossk! Plus: Jedi Master Yoda! And ace pilots Biggs Darklighter and Jek Porkins! Collecting STAR WARS: AGE OF REBELLION - HAN SOLO, LANDO CALRISSIAN, LUKE SKYWALKER and PRINCESS LEIA, and material from STAR WARS: AGE OF REBELLION SPECIAL.
Rated T
In Shops: Aug 07, 2019
SRP: $17.99
ORDER WISH LIST