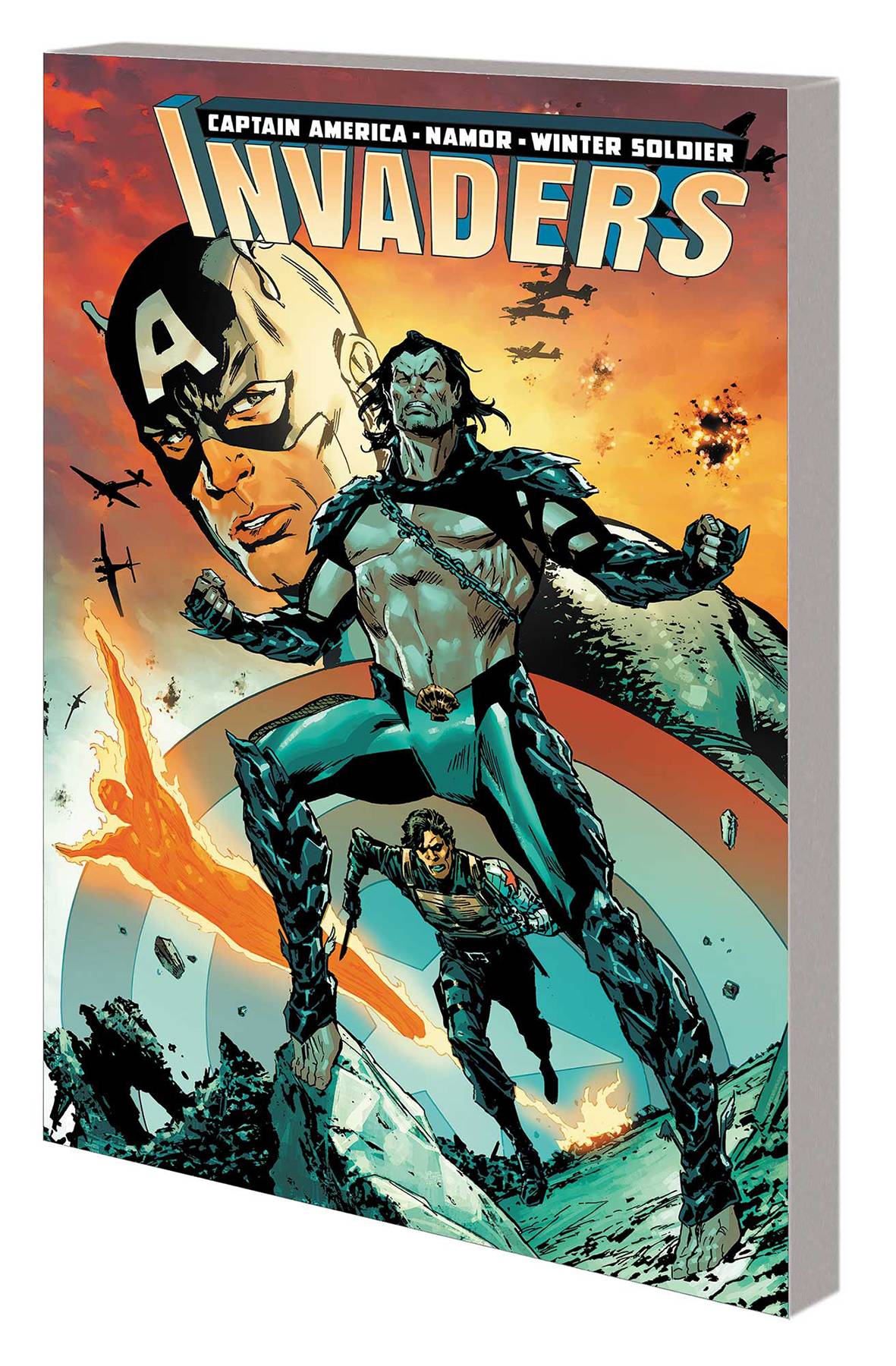 #
MAY190966
(W) Chip Zdarsky (A) Carlos Magno (A/CA) Butch Guice
The greatest generation of Marvel heroes is back - to stop one of their own! Captain America. The Human Torch. The Winter Soldier. Namor the Sub-Mariner. They fought together in World War II as the Invaders. But now Namor is the enemy - a global threat more powerful than ever! His deadly plans are as deep and far-reaching as the ocean, and revelations about his past could threaten the Marvel Universe! It's up to Namor's old allies to stop him, but what chance do they have against a man who knows their every move? As the Torch digs deep into Namor's past and Bucky takes on a dangerous mission, Cap takes the direct route - to Atlantis! But the clock is ticking as a new world war looms - one that will reveal the Sub-Mariner's secret history! Collecting INVADERS (2019) #1-6.
Rated T+
In Shops: Jul 31, 2019
SRP: $17.99
View All Items In This Series
ORDER SUBSCRIBE WISH LIST