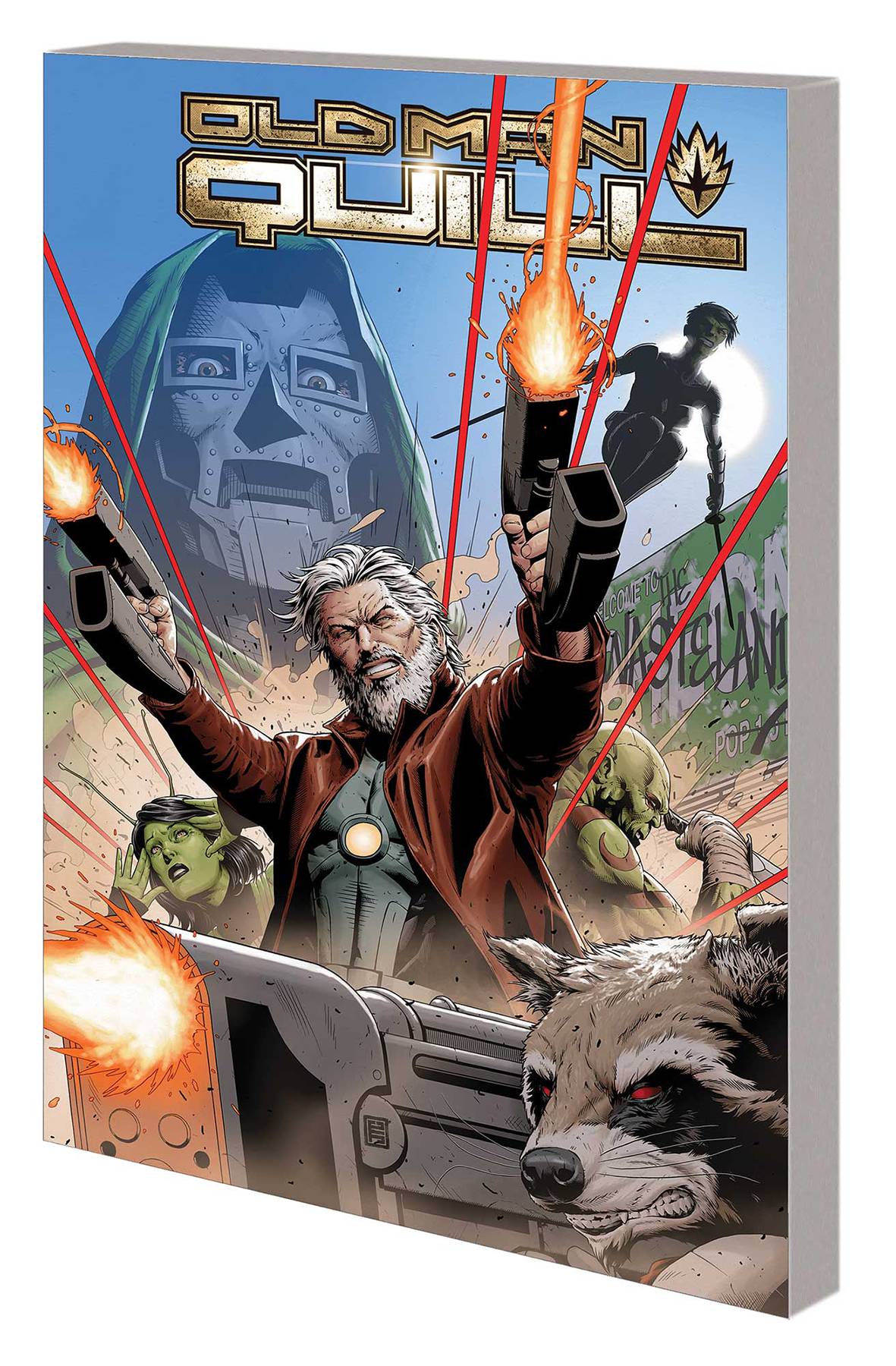 #
MAY190962
(W) Sacks, Ethan (A) Robert Gill, Ibraim Roberson (CA) John Tyler Christopher
Peter Quill finally grew up. He used to be Star-Lord, but it's been some time since he's gone by that name. Taking over for his father as the emperor of Spartax, Quill put a life of spacefaring adventure behind him for one of leadership and responsibility. But things didn't go as planned. Decades have passed, and Peter is haunted by tragedy. Down and out, his existence means nothing - until the former Guardians of the Galaxy drag him out of his funk for one last mission! The heist of a lifetime - and Quill's harrowing last shot at redemption - takes him back to a transformed Earth. But the Wastelands are a dangerous place, with Gladiator and the Universal Church of Truth closing in! And the shadow of Doom hangs over the Guardians' every move. Collecting OLD MAN QUILL #1-6.
Parental Advisory
In Shops: Aug 07, 2019
SRP: $17.99
View All Items In This Series