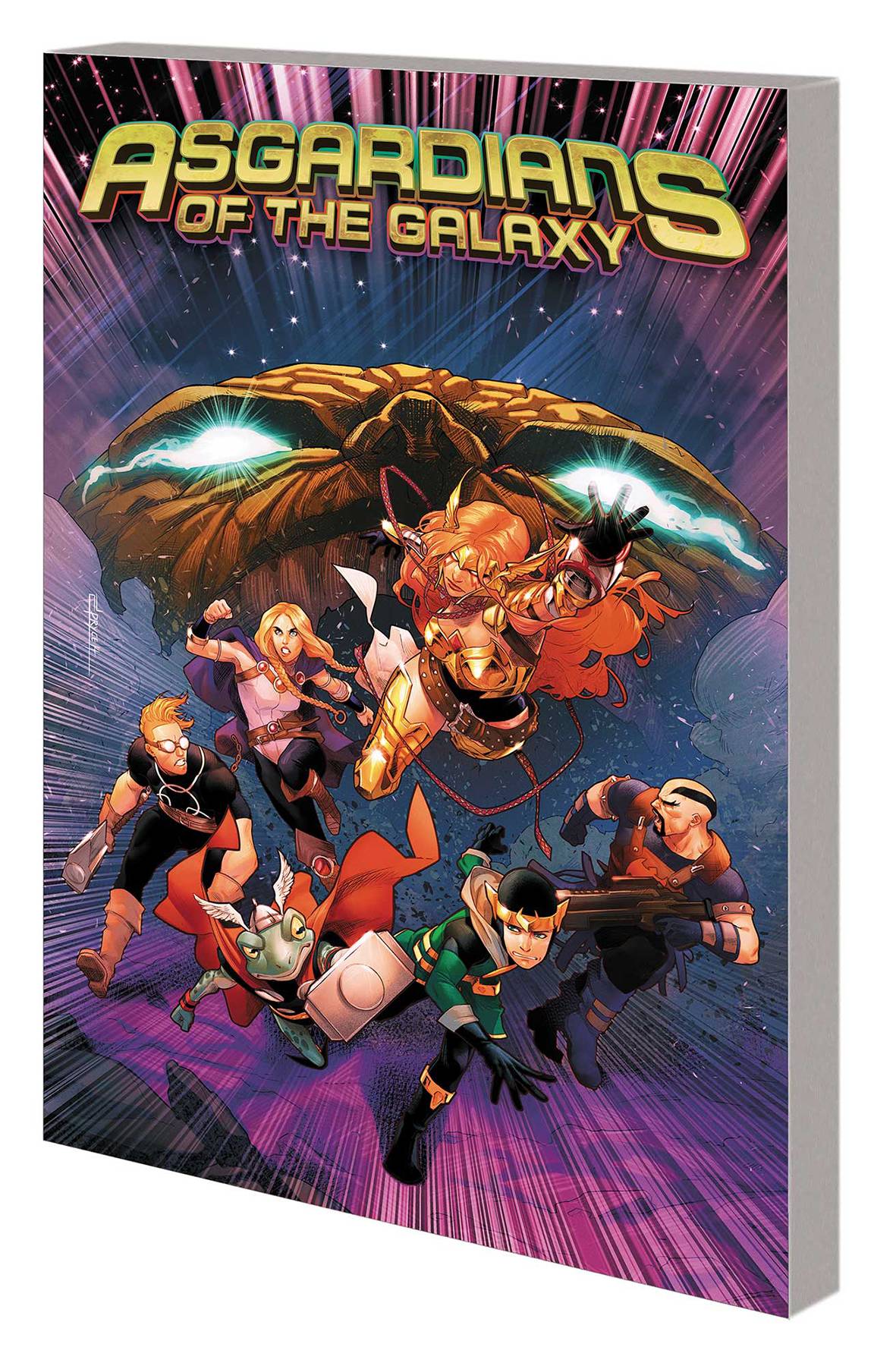 #
MAY190961
(W) Cullen Bunn (A) Matteo Buffagni, Matteo Lolli (CA) Jamal Campbell
The Asgardians of the Galaxy join the War of the Realms! Loki promised Angela a gift in exchange for her help against Nebula - and the debt is coming due! But what does that have to do with Yondu Udonta and his new Ravagers? Simmering intrigue comes to a head as the team enters the orbit of Ego the Living Planet! But if Ego is this angry, what will its moon do?! Then, Malekith's invasion of Midgard has begun - and with Thor missing, Odin injured and Freyja about to embark on a mission of her own, Valkyrie must stand alone against the onslaught! But her fate is intertwined with another. What of Annabelle Riggs, the mortal who shares the body of a god? Plus: the battle you've been waiting for - Angela vs. the Queen of Heven! Collecting ASGARDIANS OF THE GALAXY #6-10.
Rated T+
In Shops: Aug 14, 2019
SRP: $15.99
View All Items In This Series