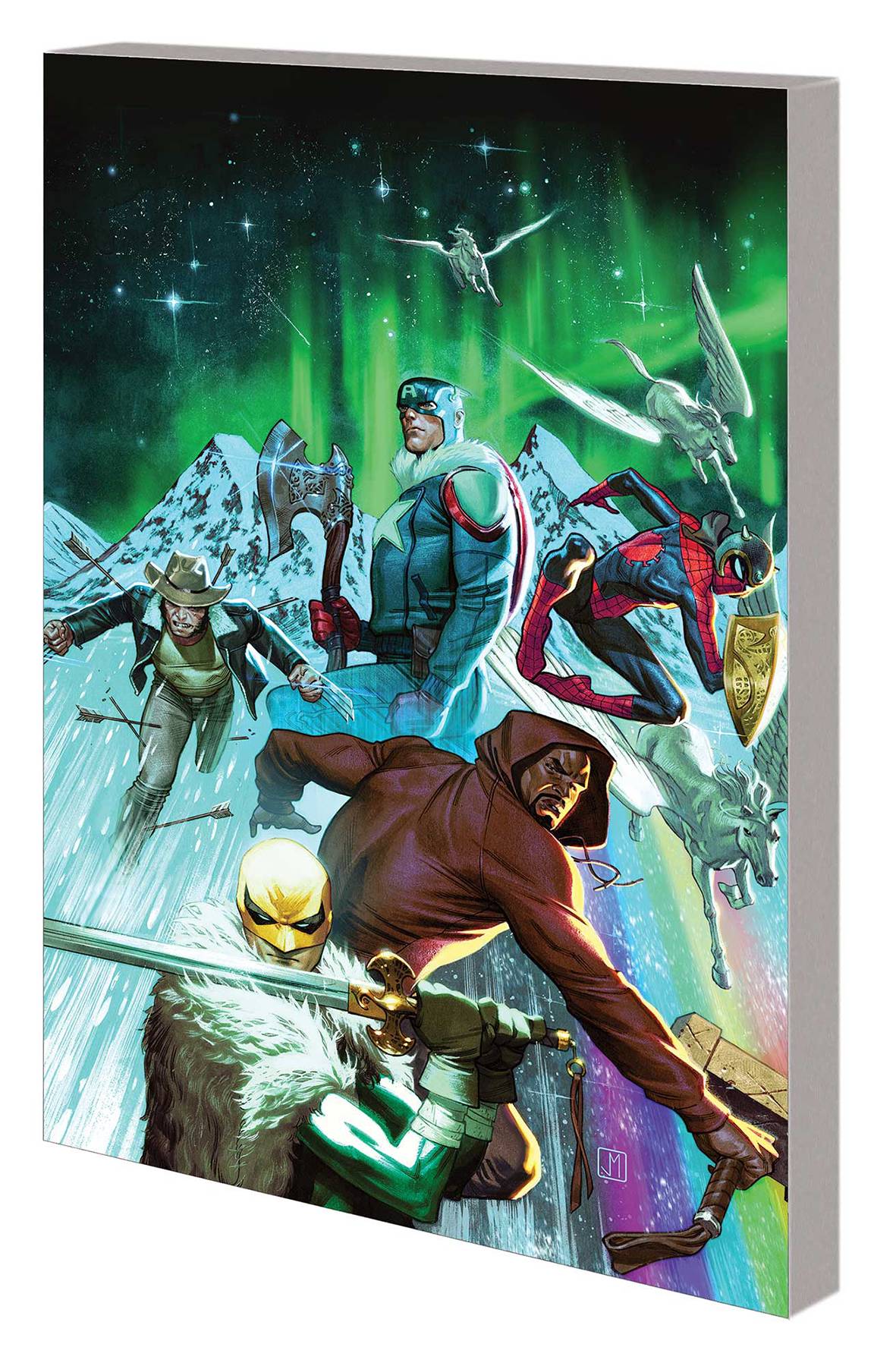 #
MAY190959
(W) Tom Taylor, Bryan Hill, Dennis "Hopeless" Hallum (A) Leinil Francis Yu, Kim Jacinto (A/CA) Jorge Molina
Earth's heroes undertake a multi-pronged mission to win the War of the Realms! With Thor trapped in Jotunheim, Captain America takes up the God of Thunder's ax, Jarnbjorn, and leads a team including Spider-Man, Wolverine, Luke Cage and Iron Fist into the land of ice and snow in search of their fellow Avenger! Meanwhile, All-Mother Freyja leads the charge to shut down Malekith's Black Bifrost - and Hulk, Blade, Ghost Rider and Punisher follow her straight into the Dark Elf's home territory! And it's up to Captain Marvel and her War Avengers - Weapon H, Captain Britain, Venom, Deadpool, Winter Soldier and Black Widow - to reclaim the Earth! But Malekith's army is vast, and Carol is fighting a losing battle! Collecting WAR OF THE REALMS STRIKEFORCE: THE LAND OF THE GIANTS, THE DARK ELF REALM and THE WAR AVENGERS.
Rated T+
In Shops: Aug 21, 2019
SRP: $15.99