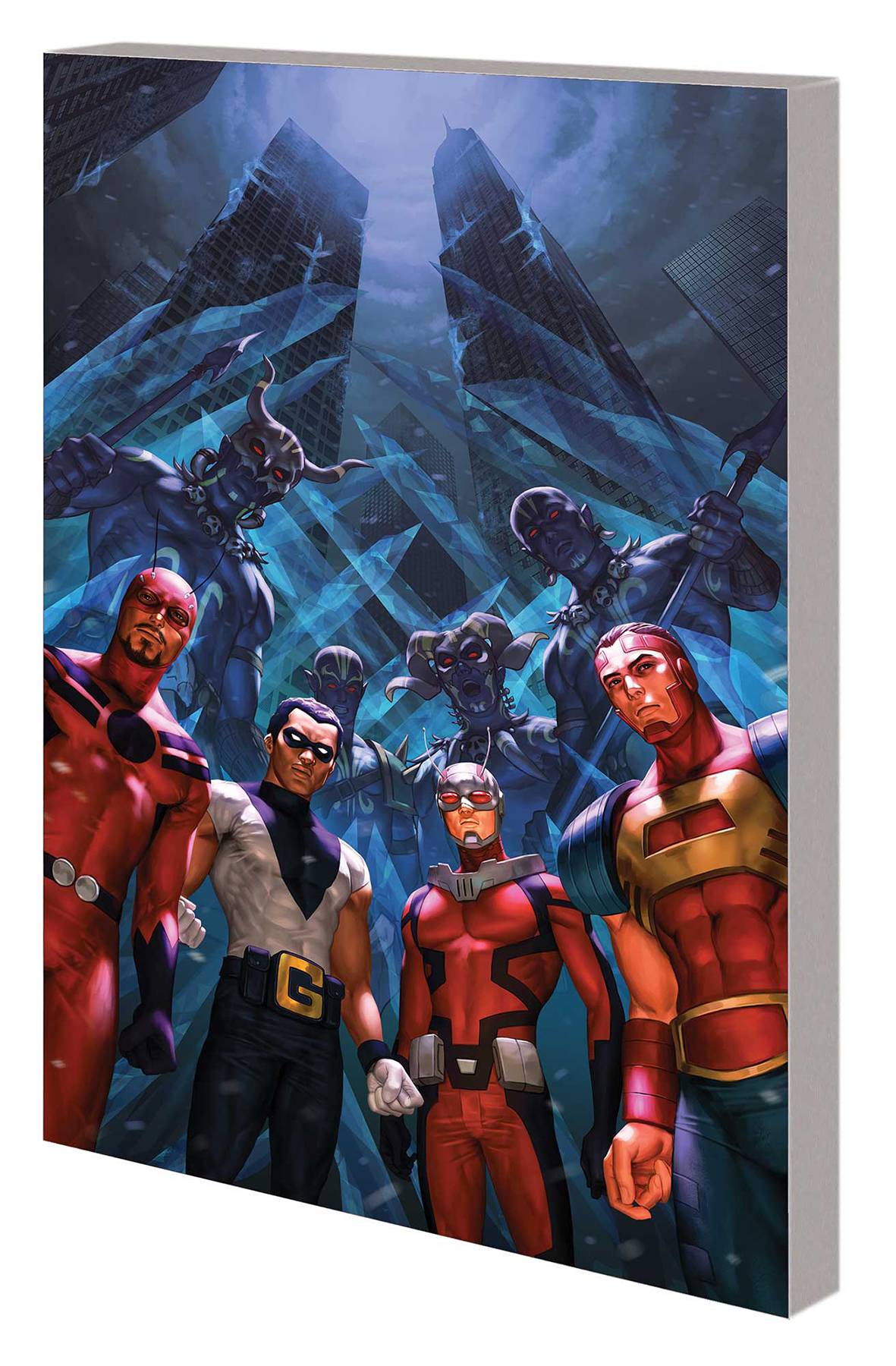 #
MAY190958
(W) Leah Williams, Chip Zdarsky, Josh Trujillo (A) Marco Castiello, Joe Quinones, More (CA) Woo Cheol
Malekith's invading army has giants - but so does Midgard! As the War of the Realms rages, four men must rise to monstrous heights at the behest of All-Mother Freyja and infiltrate the savage territory of Florida - now known as New Jotunheim! Ant-Man, Giant-Man, Goliath and Atlas go sky-scraping shoulder-to-shoulder on a deadly mission to kill the patriarch of all Frost Giants: Ymir! And how exactly will they penetrate King Laufey's forces? By becoming masters of disguise! But what role will Atlas' former teammate, the unpredictable Moonstone, play role in all this? Plus: More tales of the War of the Realms - including a Howard the Duck story by Chip Zdarsky and Joe Quinones! Collecting GIANT-MAN #1-3 and material from WAR OF THE REALMS: WAR SCROLLS #1.
Rated T+
In Shops: Aug 07, 2019
SRP: $15.99