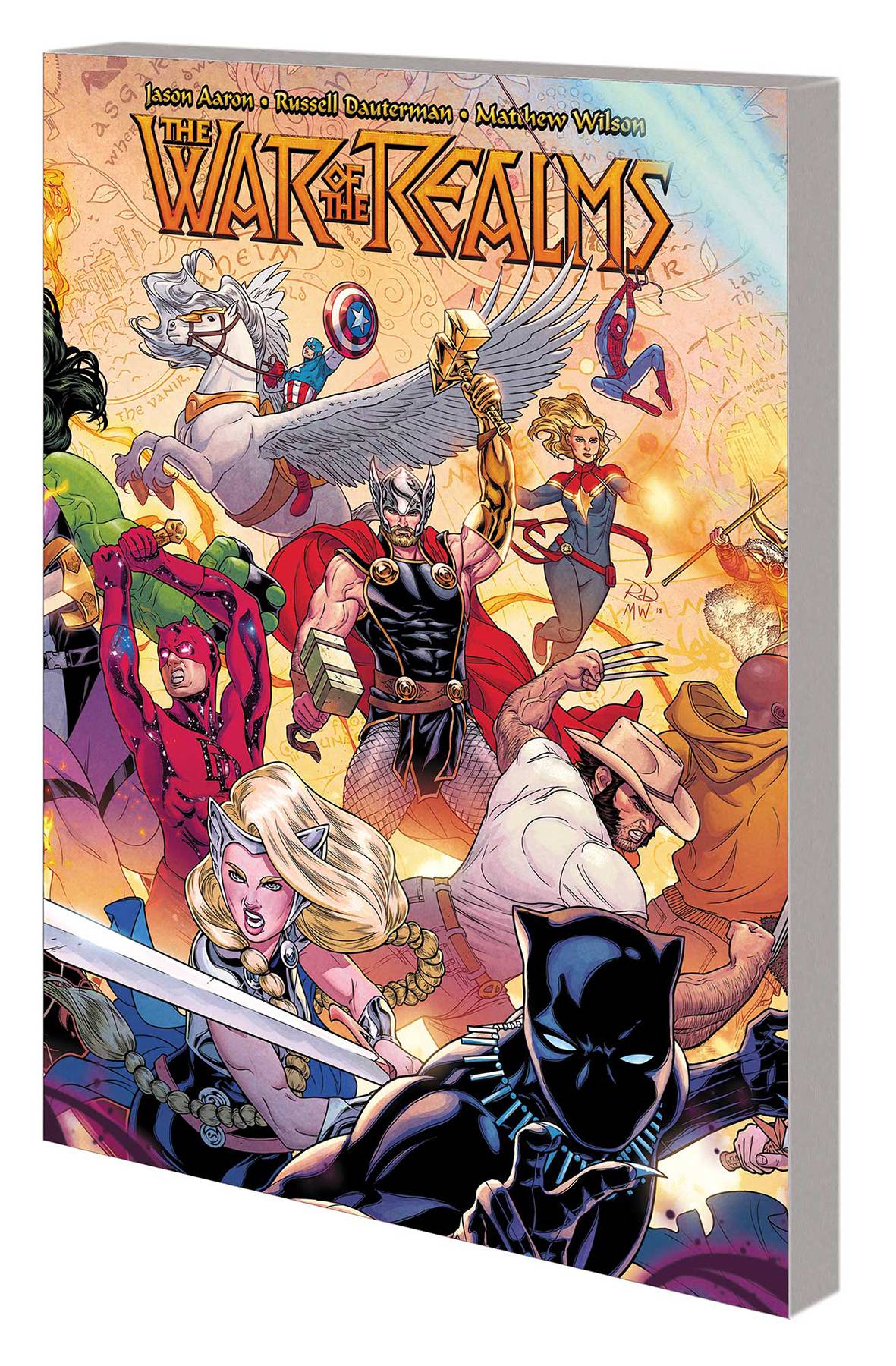 #
MAY190956
(W) Jason Aaron (A/CA) Russell Dauterman
Asgard. Alfheim. Heven. Jotunheim. Muspelheim. Niffleheim. Nidavellir. Svartalfheim. Vanaheim. All of the Ten Realms have fallen to Malekith and his army, except one: Midgard. Home to Thor's beloved humans. Home to heroes and gods alike. Now, at last, Midgard burns. All hell breaks loose in New York City as Malekith and his allies begin their invasion - and our greatest heroes watch as Earth falls! With Thor trapped in the land of the Frost Giants and Earth's forces overwhelmed, Black Panther, Jane Foster and Doctor Strange undertake a desperate gamble. What can possibly stop Malekith and his army? Spider-Man, Daredevil, Punisher, Ghost Rider, Blade, Hulk and more join the fray as Jason Aaron's epic Thor saga explodes across the Marvel Universe in an event for the ages! Collecting WAR OF THE REALMS #1-6.
Rated T+
In Shops: Aug 14, 2019
SRP: $29.99
ORDER WISH LIST