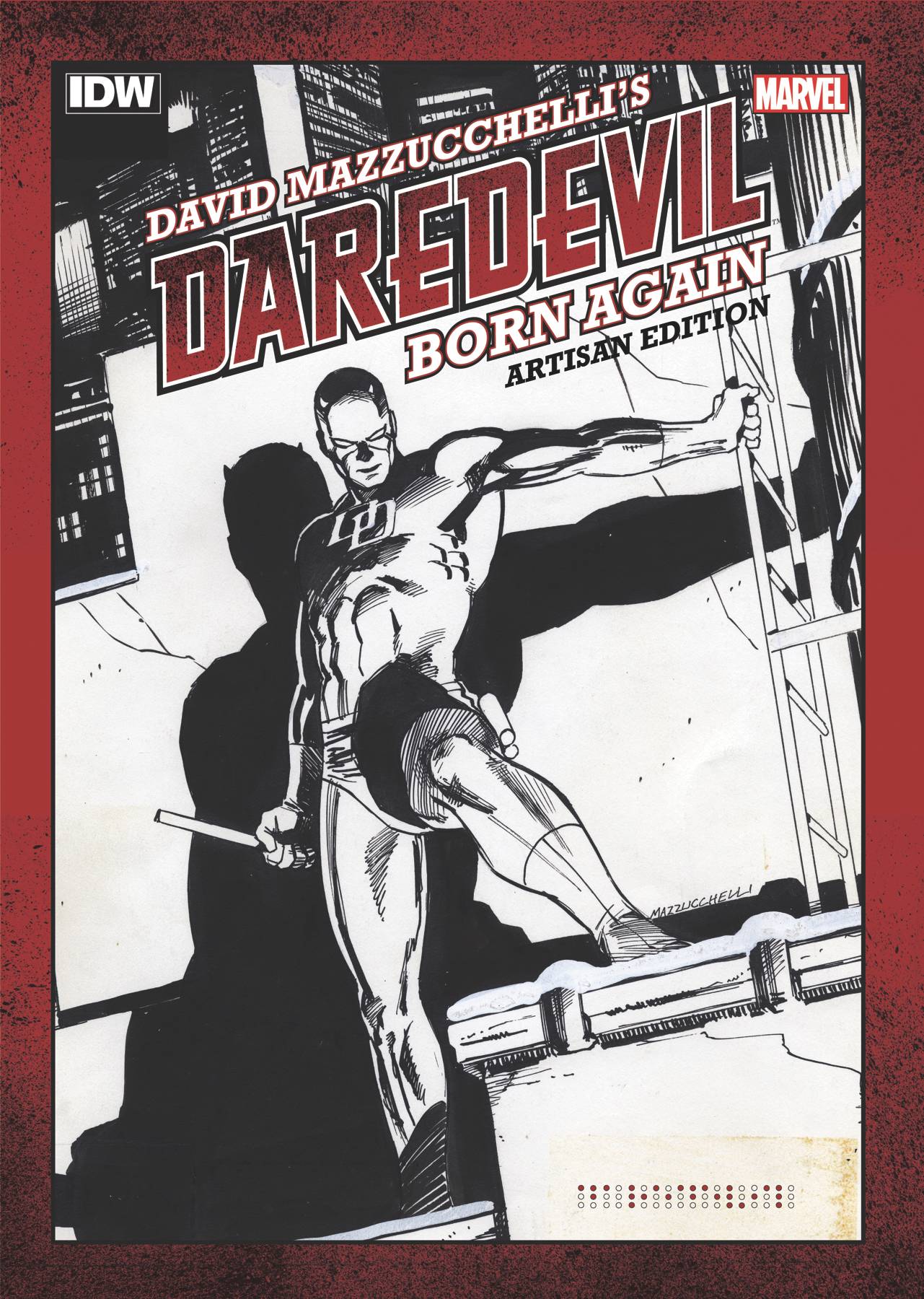 #
MAY190670
(W) Frank Miller (A/CA) David Mazzucchelli
Advance solicited for September release! David Mazzucchelli's Daredevil: Born Again was released in the much-lauded Artist's Edition format in 2012. It soon became the best-selling Artist's Edition of all-time and was universally acclaimed. In 2013 the book received the prestigious Eisner Award for "Best Archival Project-Comic Books", as well as a Harvey Award the same year. It soon sold out and has been the single most requested AE book to date for IDW to reissue.
So it is only fitting that IDW launch its new MARVEL series of ARTISAN EDITIONS with this award-winning classic! Just as the original release, David Mazzucchelli's Daredevil: Born Again Artisan Edition features the same scans-entirely from the original art-each painstakingly done by David Mazzucchelli himself to ensure the finest quality possible.
If ever a book deserved to be in this format it is Daredevil Born Again. Frank Miller, at the peak of his powers, crafted a story that remains-in an extraordinary career-one of his finest pieces of writing. And David Mazzucchelli does a stellar tour de force job as his collaborator, providing a nuanced and pitch-perfect turn as artist.
In Shops: Sep 25, 2019
SRP: $49.99