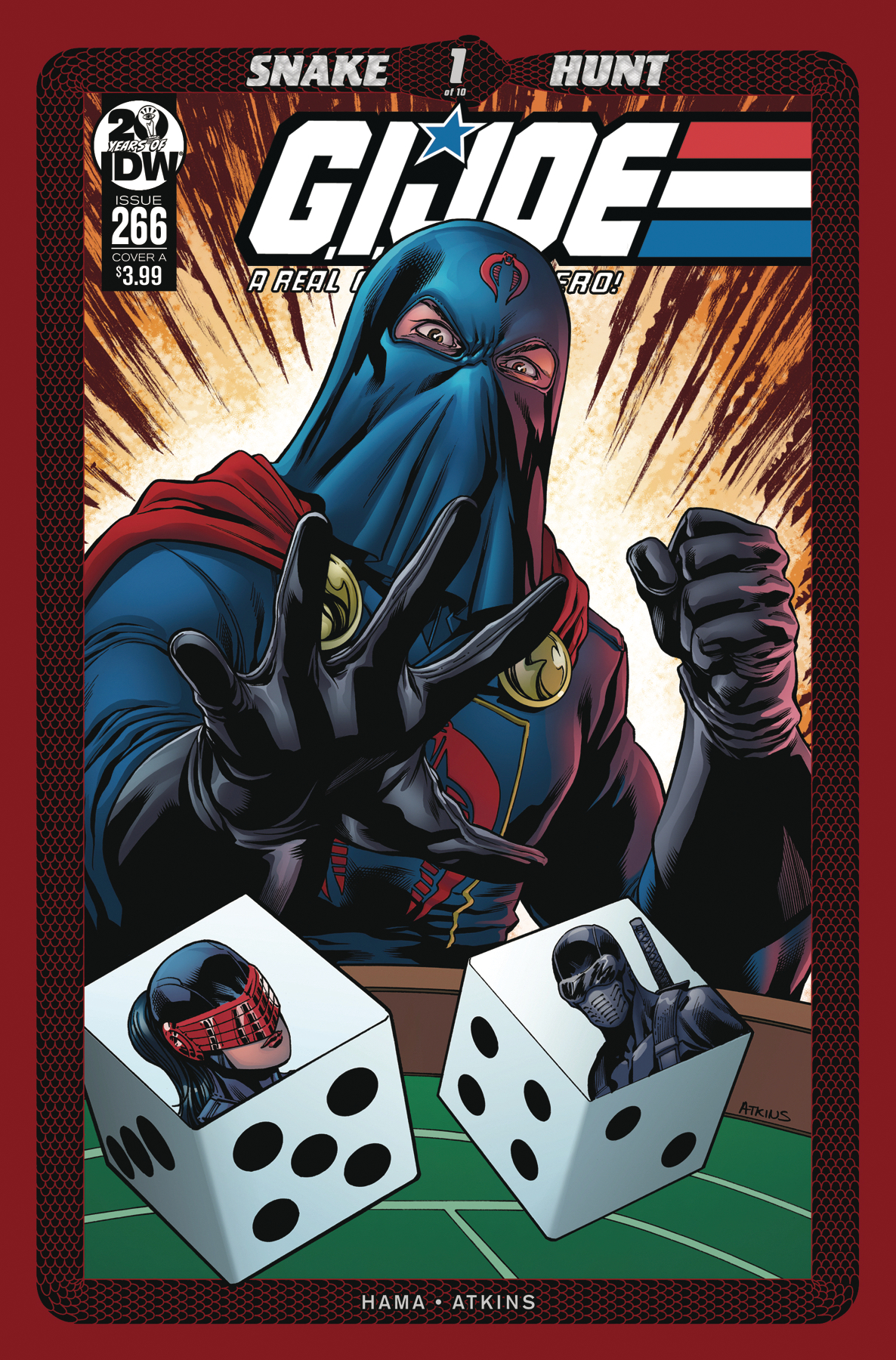 MAY190586
(W) Larry Hama (A) Brian Atkins (A/CA) Robert Atkins
"SNAKE HUNT" Part 1! When the original Snake Eyes lost his life battling forces of evil, Sean Collins (aka Throwdown) took up the mysterious mantle to deny Cobra a moral victory in their long-running war against G.I. JOE. But Cobra Commander-not realizing the original Snake Eyes' memories and skills are now implanted in the mind and body of Dawn Moreno-has never given up his desire to remove the legendary ninja from his enemies, and will do whatever it takes to make it happen, including kidnapping and brainwashing Sean Collins and making him part of Cobra! Can G.I. JOE save Sean from the dark clutches of Cobra before it's too late?! Written by living legend Larry Hama and featuring the long-awaited return of artist Robert Atkins to the pages of G.I. Joe: A Real American Hero, "Snake Hunt" is a star-studded 10-issue event that will feature EVERY SINGLE MEMBER OF G.I. JOE!
First chapter of 10-issue mega event: "SNAKE HUNT"! Will feature every living Joe from G.I. Joe: ARAH, including never-before-seen origins! Living legend Larry Hama teams with fan-favorite G.I. Joe: ARAH artist Robert Atkins! Cover B for issues #266-270 will be 5 interlocking G.I. Joe: ARAH SERIES A realistic toy homages by artist Jamie Sullivan! A fantastic new chapter in Snake Eyes lore!
In Shops: Aug 28, 2019
SRP: $3.99
View All Items In This Series