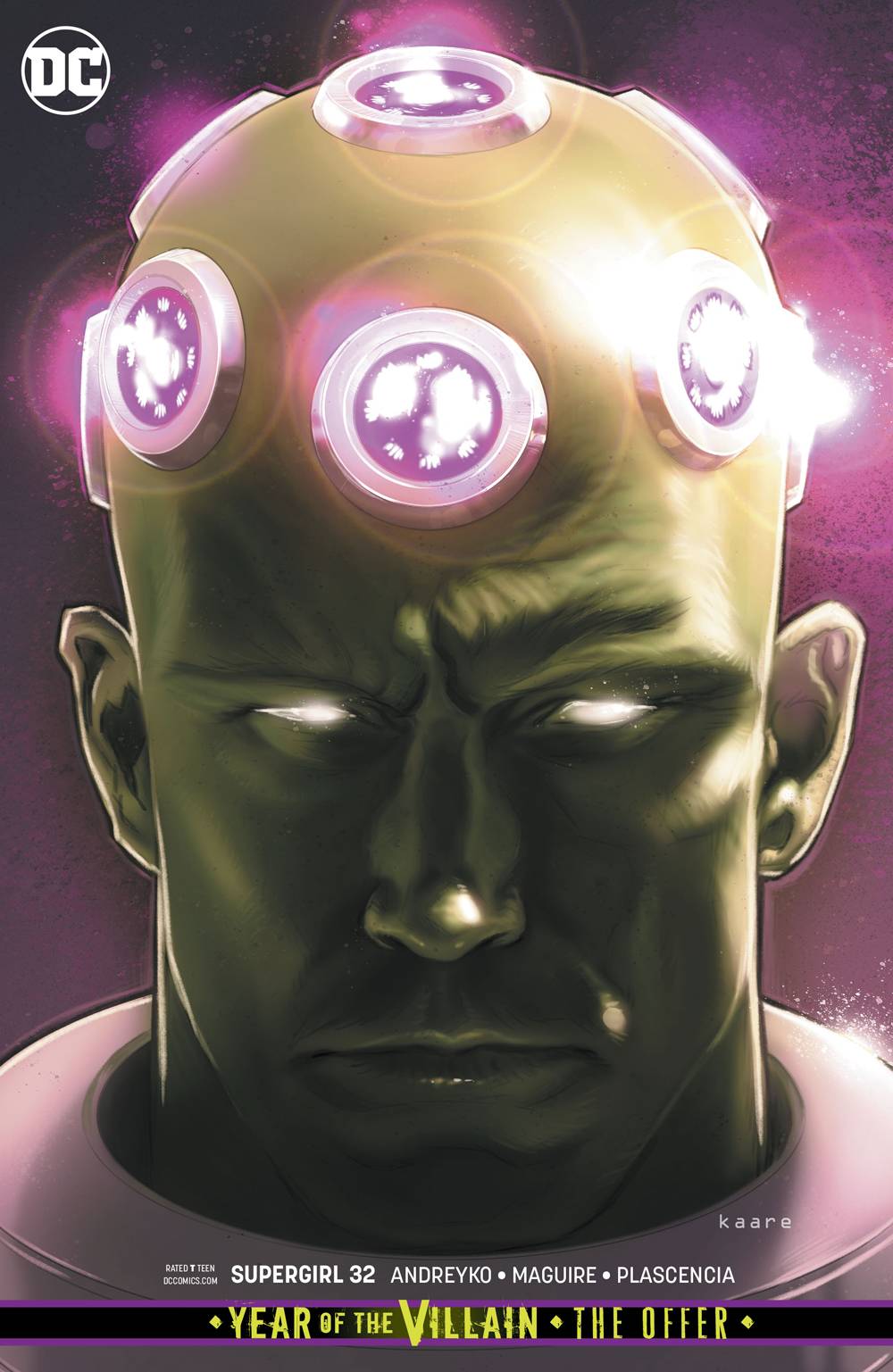 #
MAY190448
(W) Marc Andreyko (A) Kevin Maguire, Sean Parsons (CA) Kaare Andrews
The conclusion to the SUPERMAN/SUPERGIRL team-up is here! As the House of El is united, Superman, Supergirl, Superboy and Jor-El struggle to defeat the seemingly unstoppable Rogol Zaar, who is now teamed up with General Zod, Jax-Ur and even Gandelo! New alliances are forged and betrayed, and Kara must fight battles on two fronts: alongside her cousins and inside herself, as she faces her own rage and the corrupting influence of Zaar's axe! If she survives it all, who will be the Supergirl who emerges on the other side? Join us on the epic finale to Supergirl's space-opera adventure! Also, if Brainiac is in the Hall of Doom, why is Lex Luthor upgrading an old Brainiac drone body? And why is the drone calling itself the true Brainiac?
In Shops: Jul 10, 2019
SRP: $4.99
View All Items In This Series