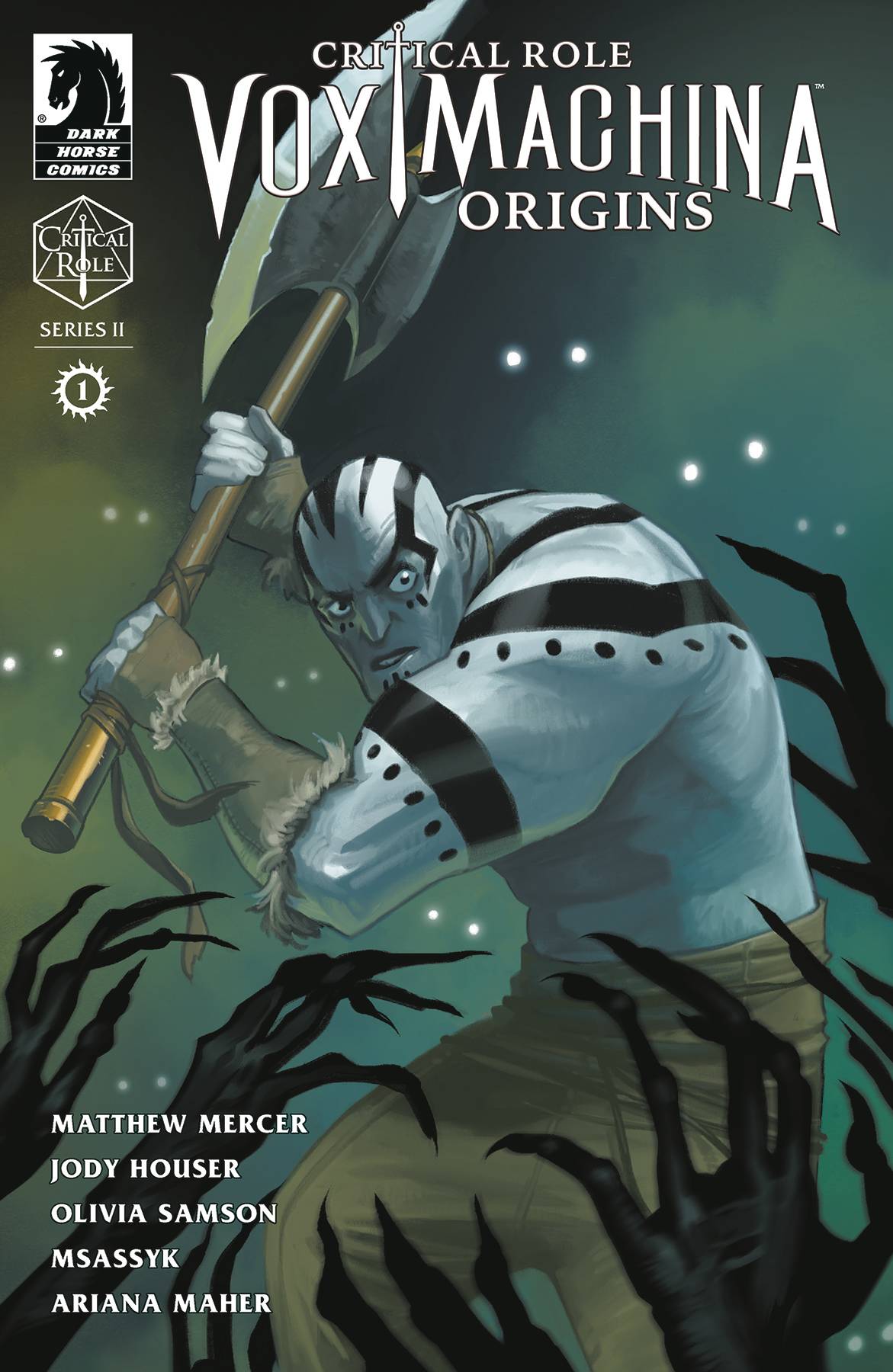 #
MAY190213
(W) Jody Houser (A) Olivia Samson (CA) Fiona Staples
The unlikely heroes of Vox Machina are back in action! Join familiar faces from Critical Role's smash-hit first campaign as their escapades in Stilben lead them toward new adventure-and a dire threat to Grog when he goes missing in the night. Tracking him down will see the party lose one member, gain another, and reveal parts of Grog's secret past. But first, his friends have to actually find him. From award-nominated writer Jody Houser (Orphan Black, Stranger Things) and first series author Olivia Samson, with colorist Msassyk (Isola, Gotham Academy) and letterer Ariana Maher (James Bond, Xena)!
In Shops: Jul 10, 2019
SRP: $3.99
View All Items In This Series