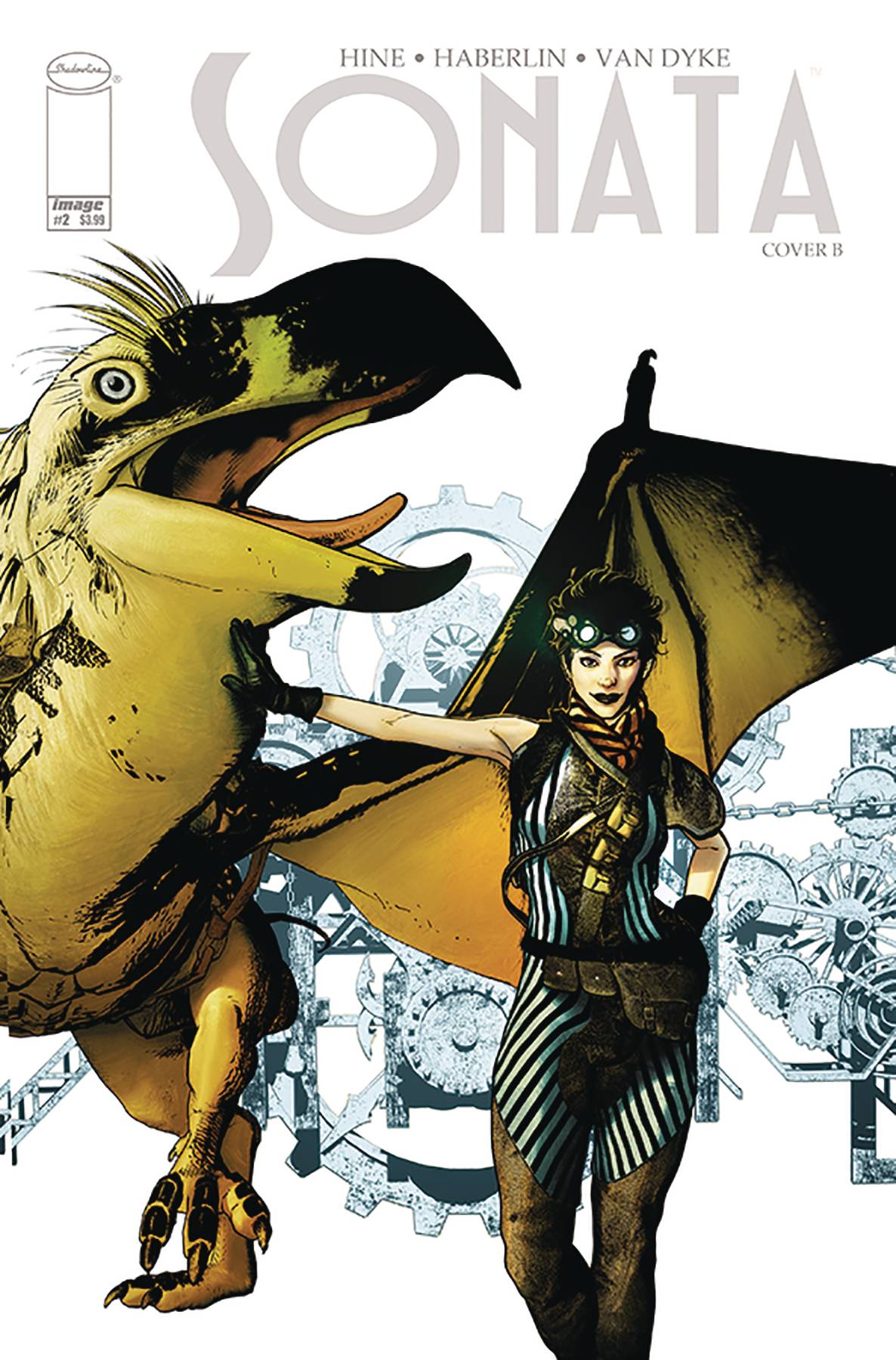 #
MAY190104
(W) David Hine, Brian Haberlin (A/CA) Brian Haberlin, Geirrod Van Dyke
"SONATA'S ADVENTURES UNDERGROUND": Sonata travels through a hidden underworld where she discovers impossible science, a giant killer bird, and a young man named Pau, who sees himself as her knight in shining armor. He is also the son of the rival Tayan leader, which makes them deadly enemies.