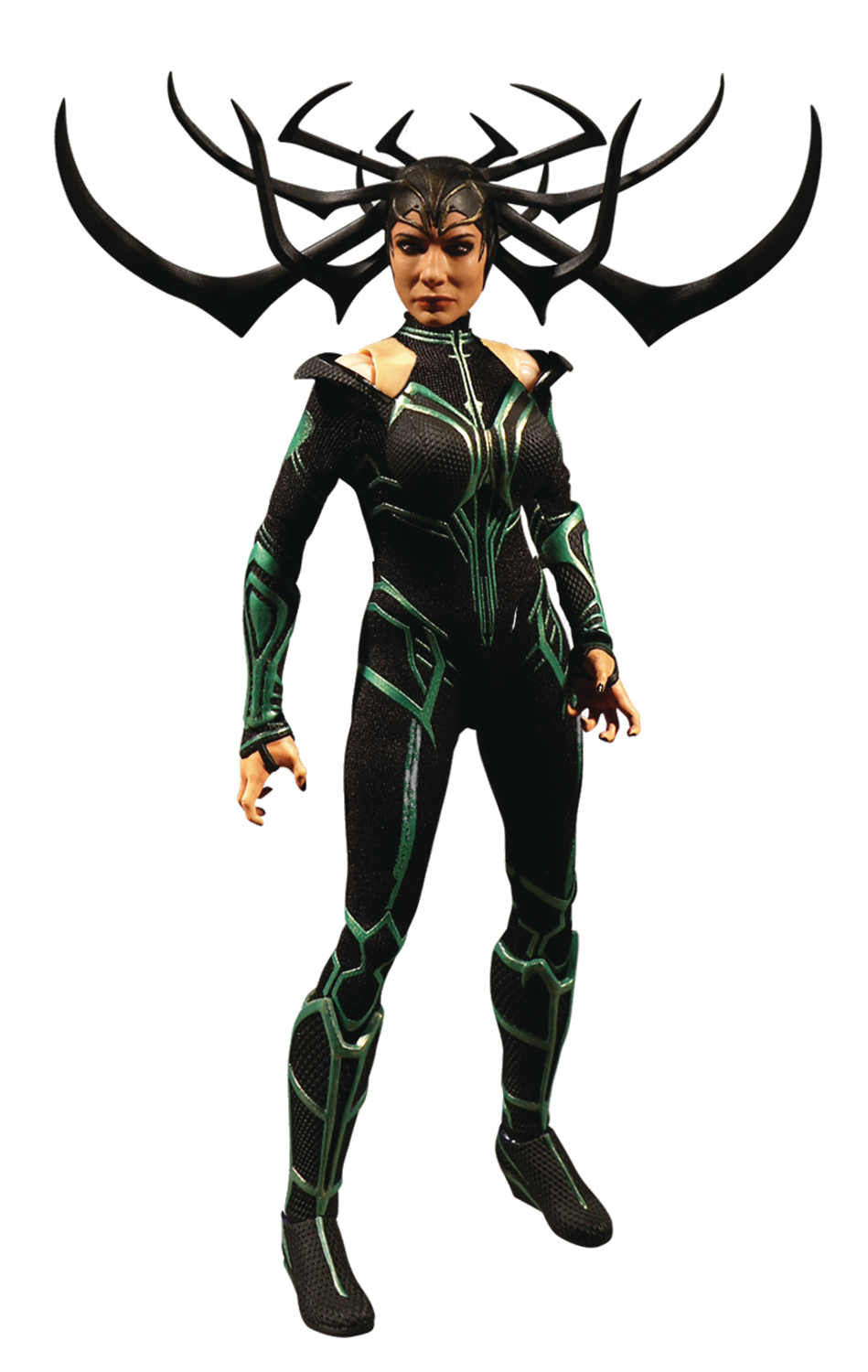 MAY189820
In Marvel Studios' Thor: Ragnarok, Hela is released from prison following Odin's death. Planning to rule Asgard and create an empire, the Goddess of Death must first face off against her young brother, Thor, and his team known as 'The Revengers'. The One:12 Collective Ragnarok Hela figure captures the malicious intent of the former Asgardian executioner! Presented in a film-accurate fitted suit with metallic accents and chest plate armor, Hela comes equipped with two Necroswords made from obsidian and used to decimate the Einjerjar, the elite warriors of Asgard. She features a One:12 Collective body with over 30 points of articulation, Two (2) head portraits with hand paintied-authentic detailing, Eight (8) interchangeable hands and One (1) One:12 Collective display base with logo with adjustable display post. Each One:12 Collective Ragnarok Hela is packaged in a collector friendly box, designed with collectors in mind.
In Shops: Oct 02, 2019
SRP: $80.00
ORDER WISH LIST