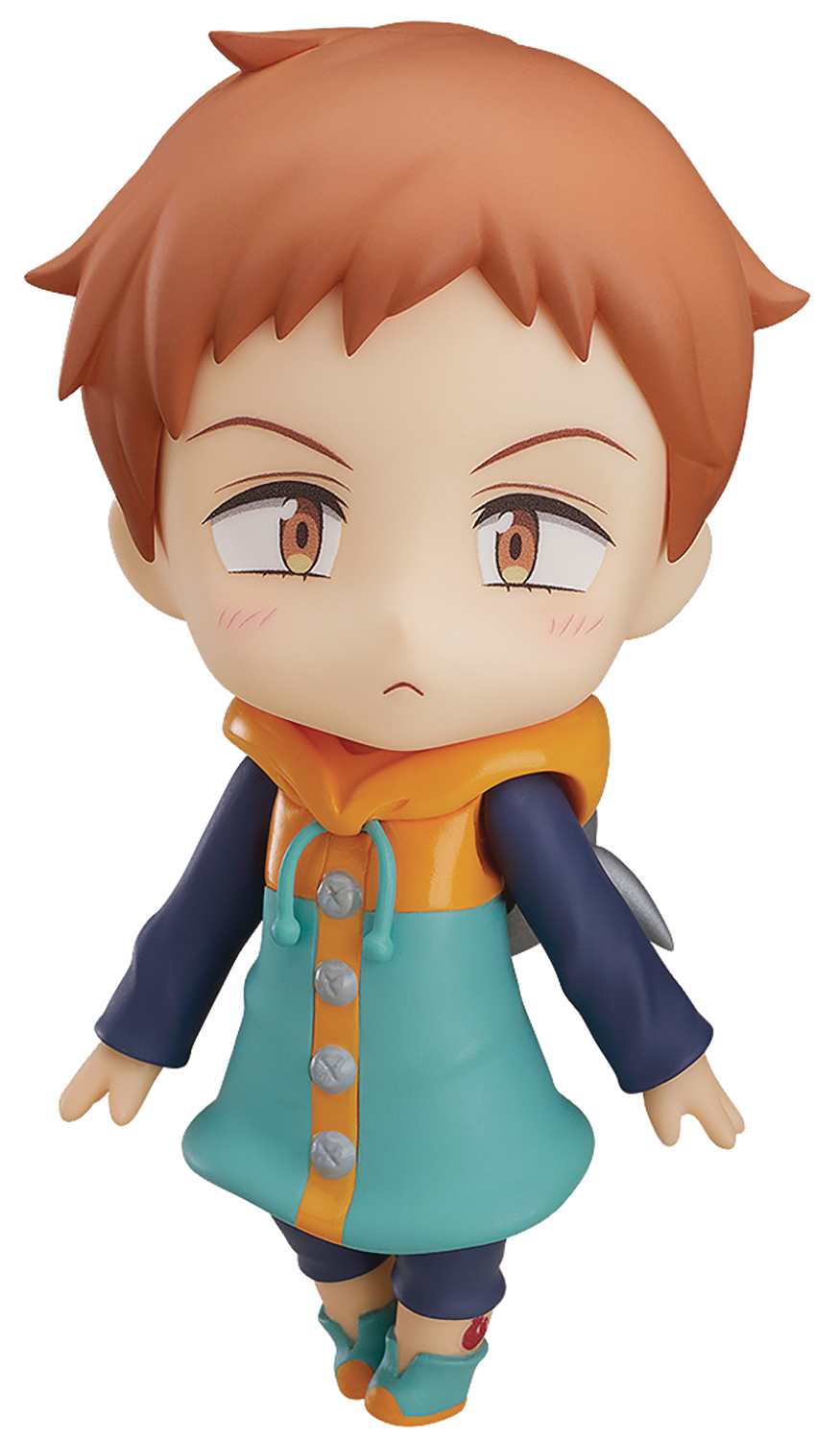 MAY189536
From Good Smile Company. From the anime series The Seven Deadly Sins: Revival of The Commandments comes a Nendoroid of the kind-hearted Fairy King burdened with the sin of sloth: King! He comes with three face plates including a standard composed expression, a powerful combat expression as well as a listless expression. Optional parts include the Spirit Spear Chastiefol in its standard Form One, spilt into five parts to recreate Form Five: Increase as well as in Form Ten, which is in the form of his cushion! The cushion is included in both a small and large version allowing for all sorts of different scenes from the series!