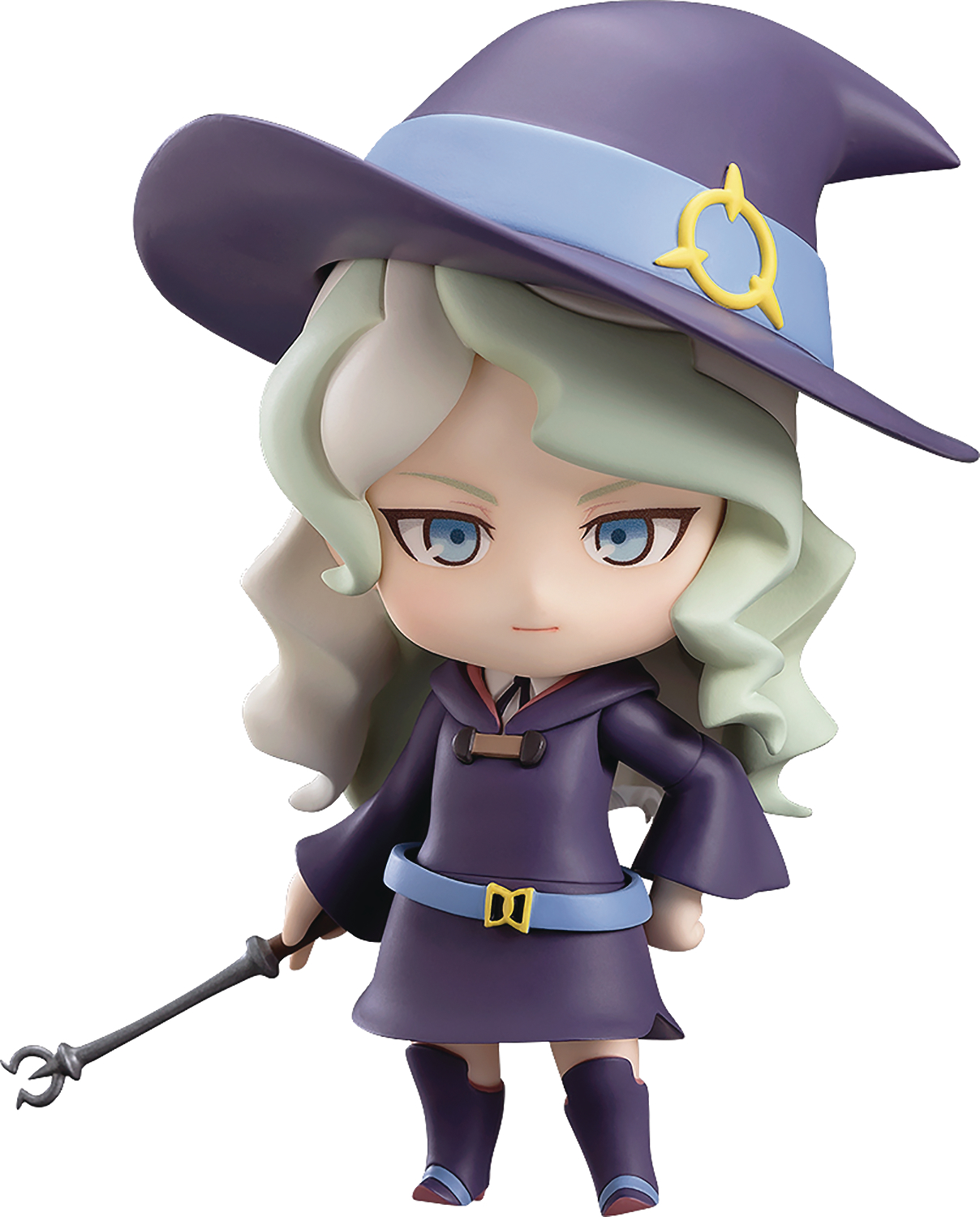 MAY189476
From Good Smile Company. "The most important thing to becoming a witch is having a spirit that respects history and tradition." From the anime series Little Witch Academia comes a Nendoroid of the Luna Nova student, Diana Cavendish! She comes with three face plates including a tough-looking standard expression, a pensive expression that captures her strong sense of responsibility as well as a kind-hearted smiling expression. Optional parts include her magic wand, a teapot and teacup which allow you to recreate her elegant magic from the series. In addition, a little figure of Akko after she was turned into a mouse is also included! Be sure to display her together with the previously released Nendoroid Atsuko Kagari, who is also scheduled to be rereleased!