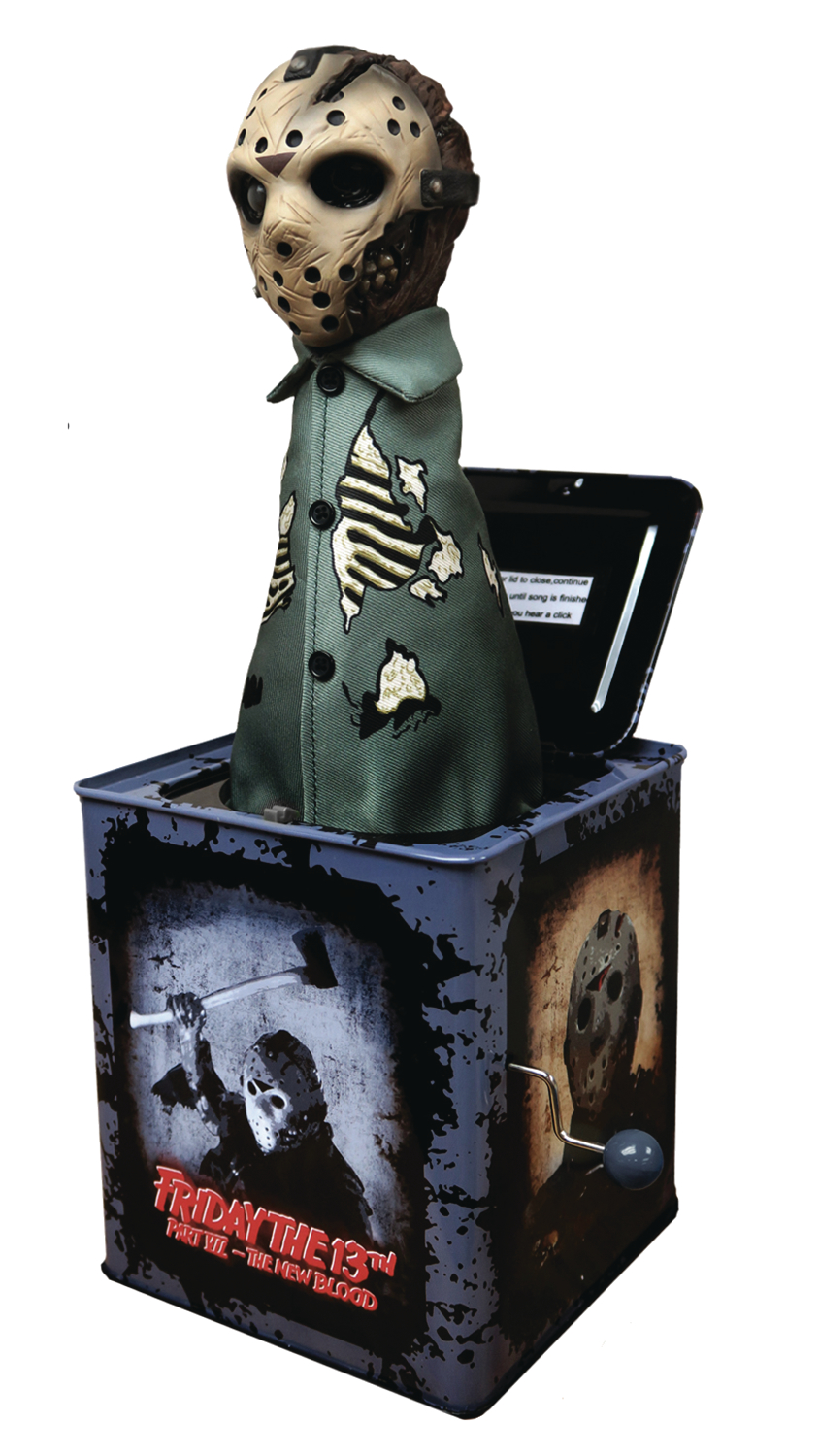 MAY188739
Introducing Mezco's Burst-A-Box! A pop culture infused twist on one of the most beloved, classic toys, the jack-in-the-box. The Friday The 13th Part VII Burst-A-Box features Jason Voorhees, the infamous Crystal Lake killer. Approximately 14" tall when "popped," the Burst-A-Box is a finely detailed tin music box that encases a detailed sculpt and clothed spring character. Designed after his appearance in the film, Jason features a cracked hockey mask, exposing the rotting monster underneath. Burst-A-Box: Jason Voorhees comes packaged popped-out of his tin and perfect for display in a collector-friendly window box.
In Shops: Feb 27, 2019
SRP: $50.00