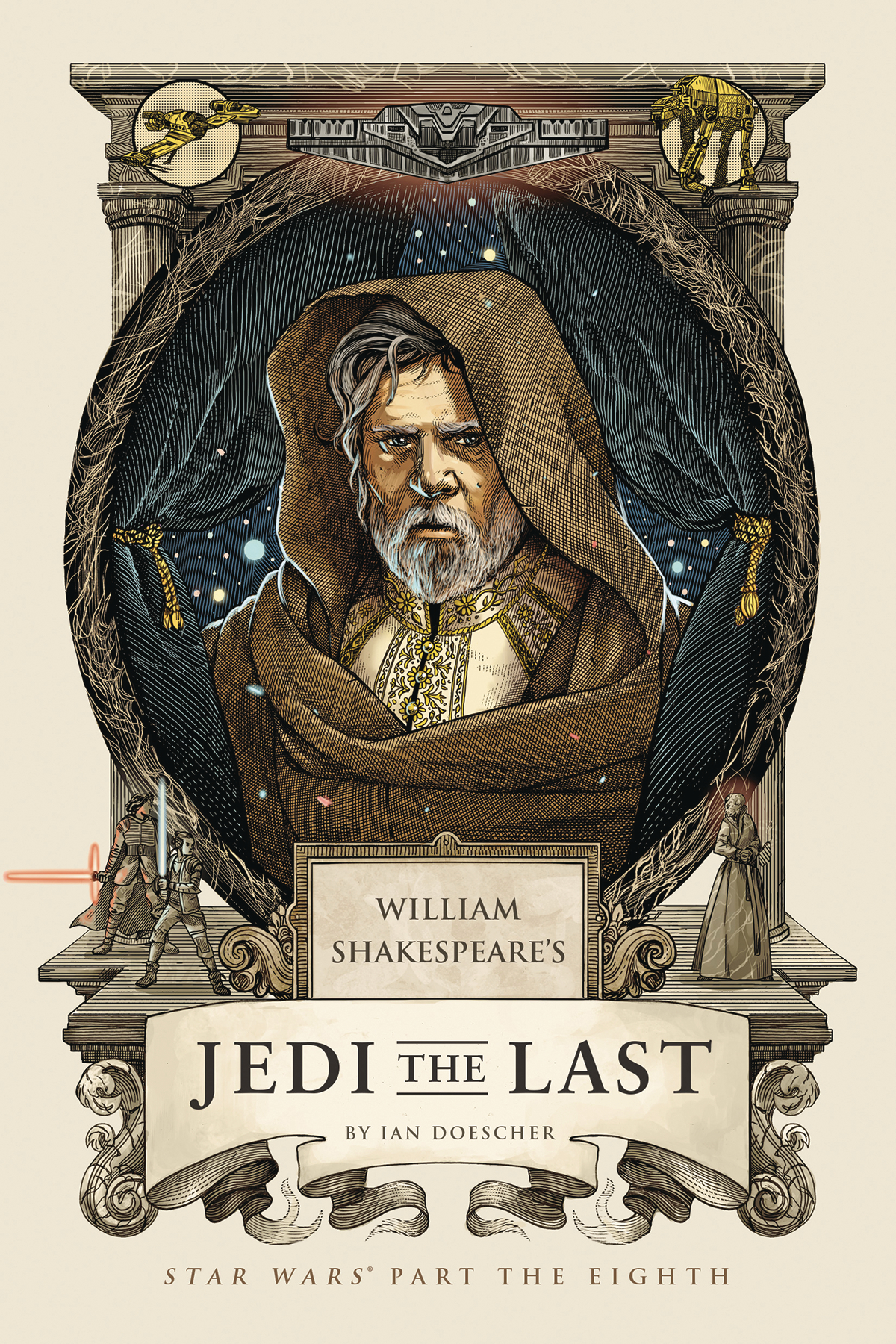 MAY188209
(W) ian Doescher
The Star Wars saga continues, with Bard of Avon providing some of the biggest shocks yet! Alack, the valiant Resistance must flee from the scoundrels of the First Order, and it falls to Rey, Finn, Poe, Rose, and BB-8 to take up arms against sea of troubles. Can they bring Snoke's schemes to woe, destruction, ruin, and decay? Will Luke Skywalker take the stage once more, and aid General Leia in the winter of her discontent? Authentic meter, stage directions, reimagined movie scenes and dialogue, and hidden Easter eggs throughout will entertain and impress fans of Star Wars and Shakespeare alike. Every scene and character from the film appears in the play, along with twenty woodcut-style illustrations that depict an Elizabethan version of the Star Wars universe.
In Shops: Jul 11, 2018
SRP: $14.95
ORDER WISH LIST