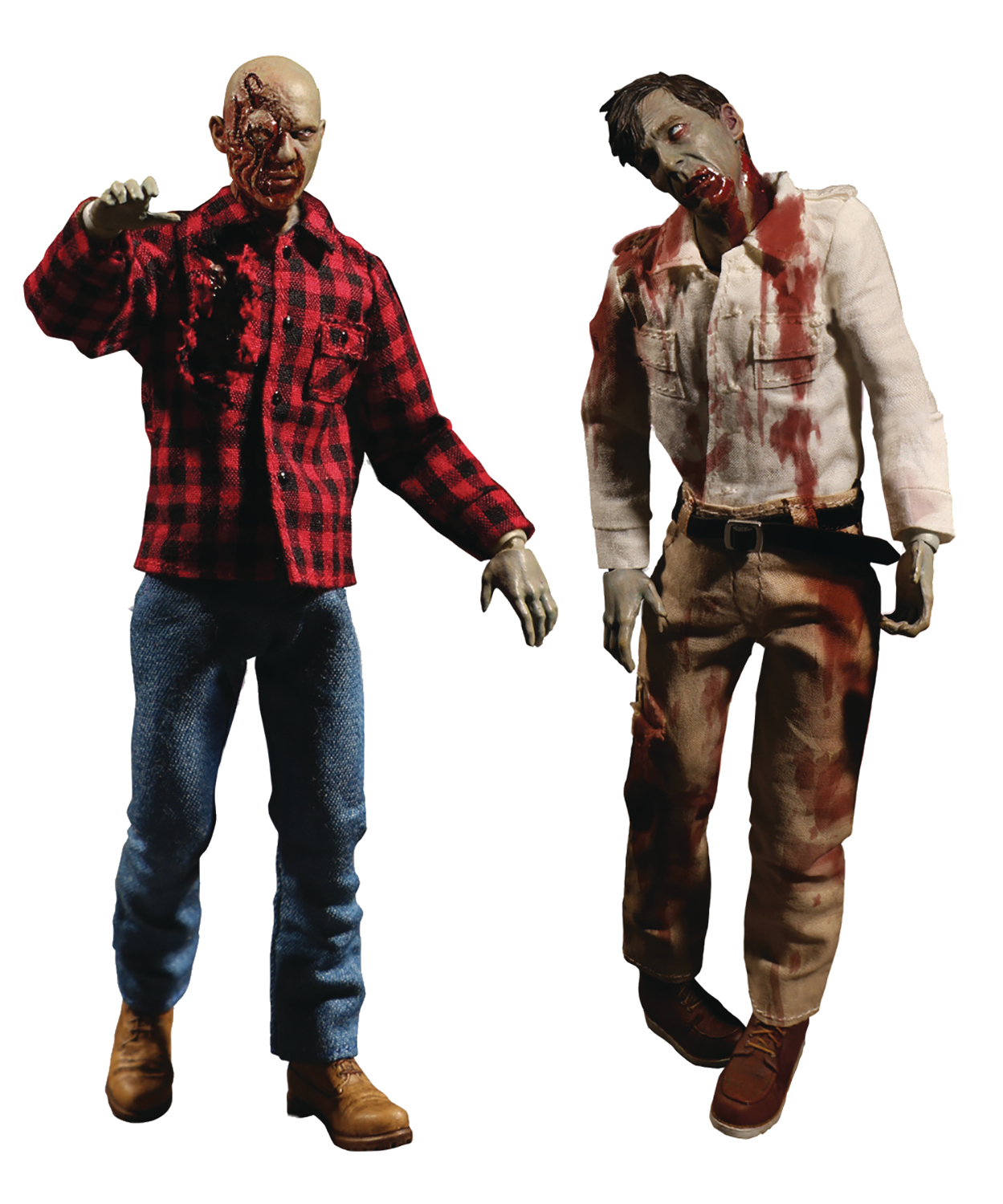 MAY188066
"When there's no more room in Hell, the dead walk the Earth." The One:12 Collective Dawn of the Dead Boxed Set includes two of the most recognizable undead corpses in cinematic history: Flyboy and Plaid Shirt Zombie. Now joining the forces of the infected, Flyboy is outfitted in blood stained clothing: a button down workmen's shirt, belt, workmen's pants, and wedge work boots. He comes equipped with his signature pistol from the iconic scene in the film. Straight from the original Dawn of the Dead movie poster, Plaid Shirt Zombie is presented in a distressed flannel shirt exposing his rotting flesh, jeans, and work boots. Each figure features a One:12 Collective body with over 28 points of articulation, Two (2) interchangeable hands, and One (1) set of posing hands. Each comes with a branded display base with a adjustable display post for display.
In Shops: Feb 27, 2019
SRP: $130.00