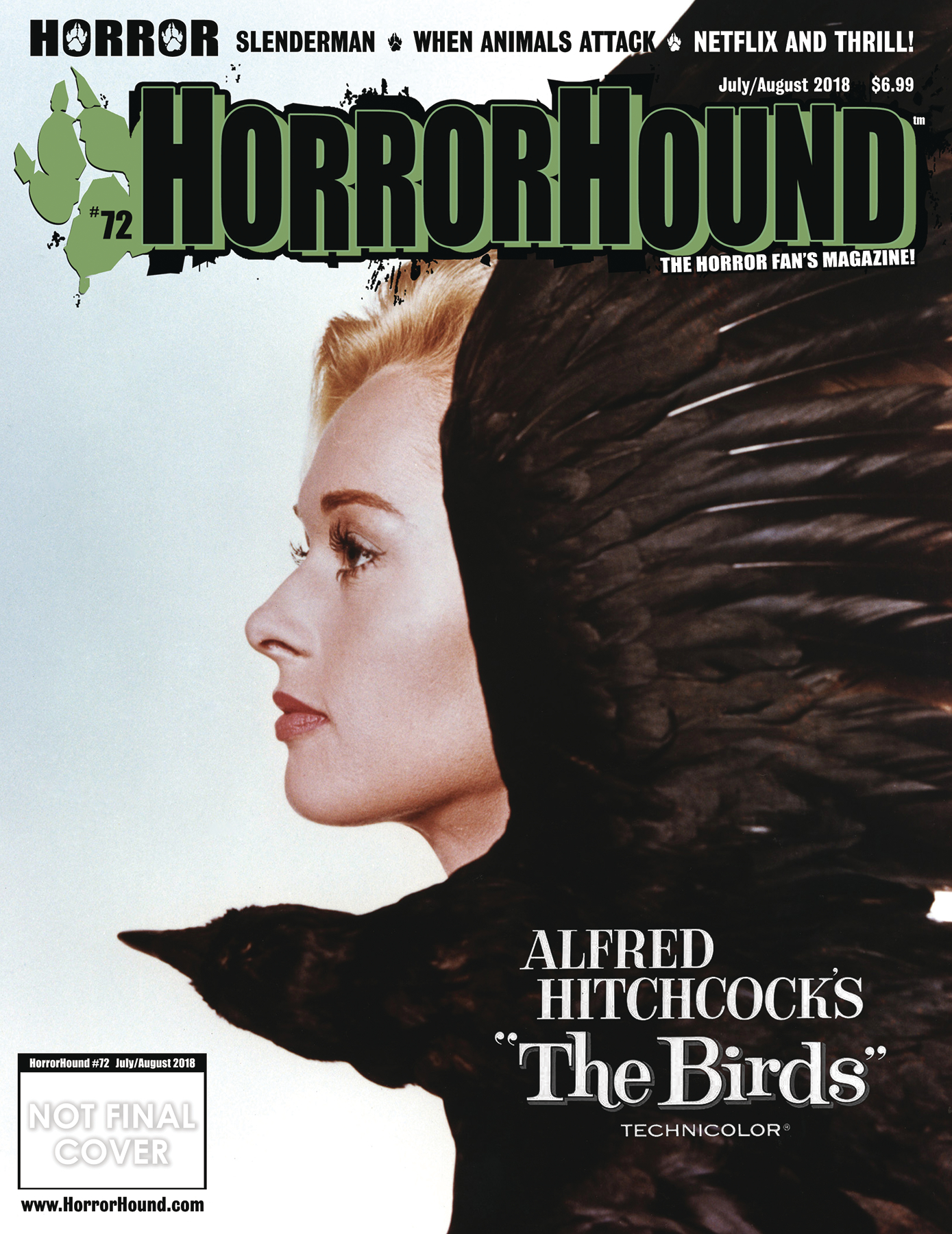 MAY181806
Nature has always been a scary beast. Anytime friends venture off into the woods, or paddle out into the ocean, you never know if disaster will strike. This issue features a Field Guide to Animal Attack films. We look into the many dangers that surround us in the wild (and even in our own homes) as we dissect the horrors of sharks, gators, snakes, rats, spiders, dogs, and so on, culminating with a special retrospective feature on Alfred Hitchcock's The Birds, which celebrates its 55th anniversary. Also planned for this issue is features on The Meg, The Predator, The Nun, and Slenderman. Toy news (Stranger Things), and comic book news is also included with our regular features.
In Shops: Aug 01, 2018
SRP: $6.99
View All Items In This Series