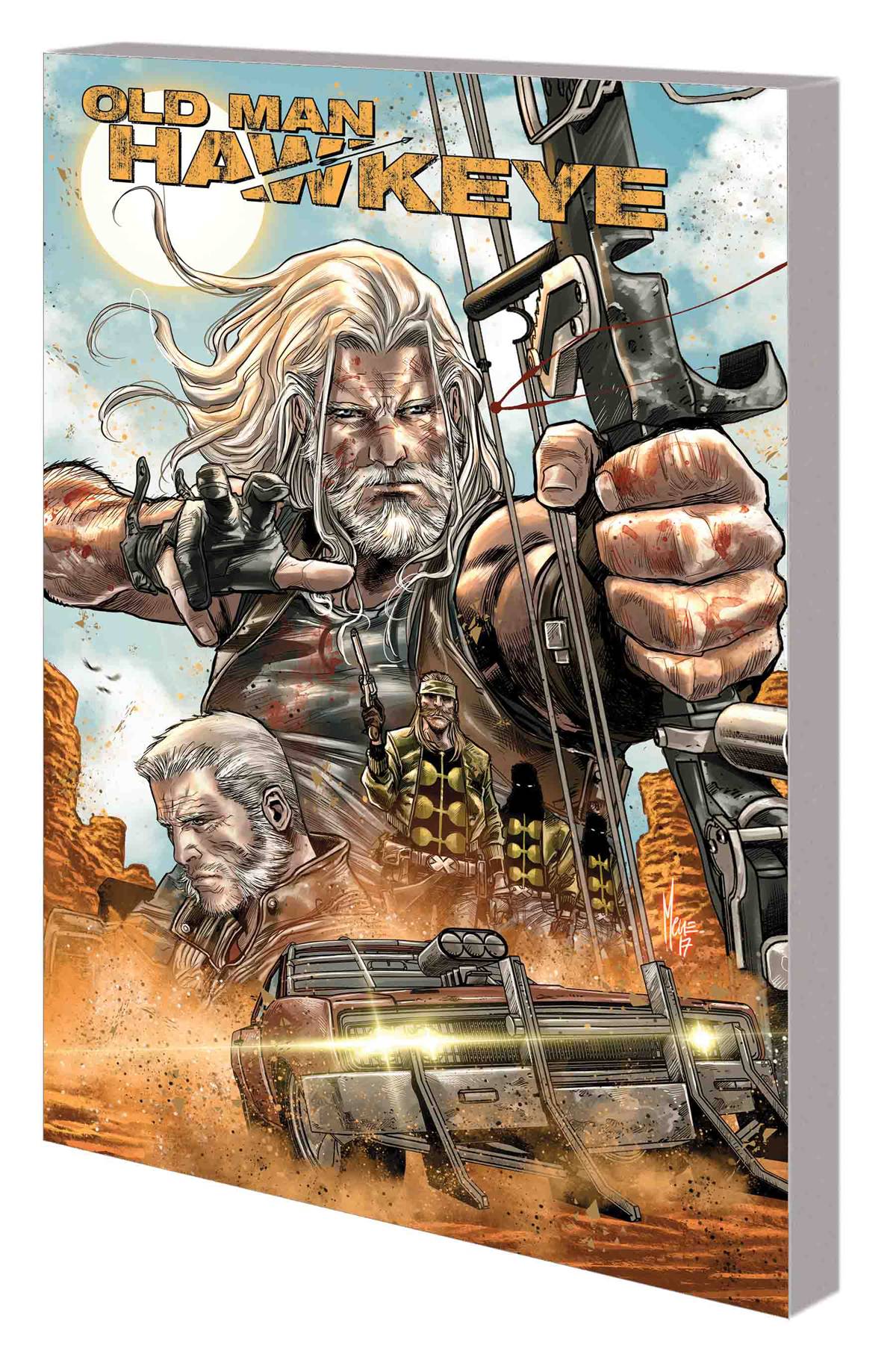 #
MAY180965
(W) Sacks, Ethan (A/CA) Marco Checchetto
Return to the wastelands of the dystopian classic "Old Man Logan" in a new story set five years before the original epic! The super heroes have fallen. The villains have divided up the country. Yet Clint Barton still lives! But the sharpshooter is going blind. With time running short, there's one last thing he wants to see: revenge for his fallen comrades-in-arms. And he's setting what sights he has left on some fearsome foes. First, Hawkeye must relive his carnival days as he hunts a former ally in Murderworld! Then, time's up for Abe Jenkins, formerly known as the Beetle! But while Hawkeye hunts, another lethal marksman has his own targets: Bullseye! Plus: The Red Skull and the multiplying menace of the Madrox Venoms! It's the Avenging Archer as you've never seen him before! Collecting OLD MAN HAWKEYE #1-6.
Parental Advisory
In Shops: Aug 15, 2018
SRP: $17.99
View All Items In This Series