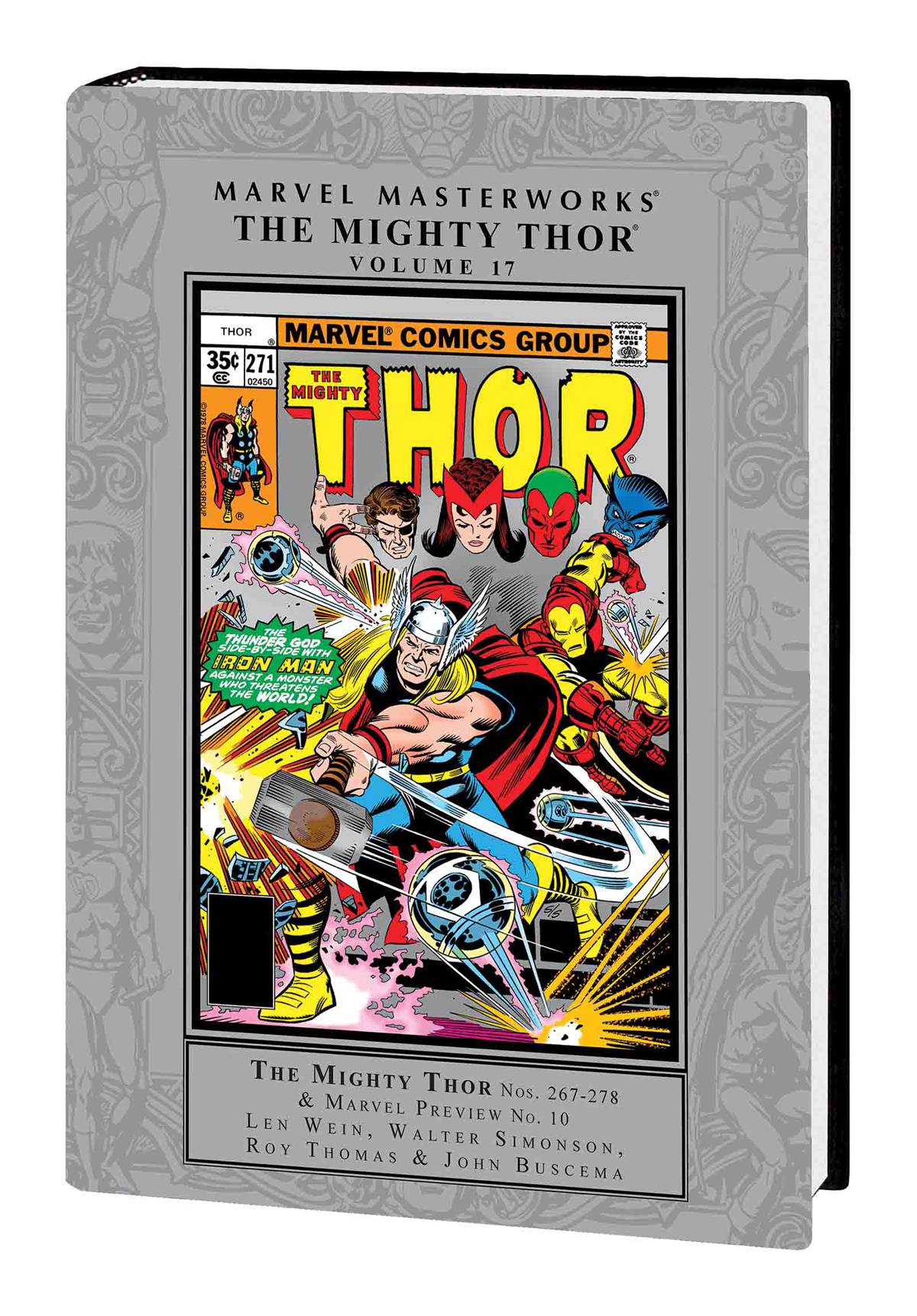 #
MAY180957
(W) Len Wein, Roy Thomas (A) John Buscema (A/CA) Walter Simonson
Not just one but two teams with godlike creative talents grace the latest Marvel Masterworks! First, Len Wein and Walter Simonson pit Thor against nuclear-powered mercenaries, bang on the Stilt-Man like a tin can, rock the world in a battle with Blastaar and conquer the massive artificial intelligence F.A.U.S.T.! Then, Roy Thomas and John Buscema take up the hammer in some of the most beautifully illustrated Asgardian epics of all time! Tapping deep into Thor's mythic roots, they craft amazing adventures featuring the villainy of Loki, the death of Balder, the Midgard Serpent and a new Norse Thor - all as foretold in the legend of Ragnarok! Plus: Rare and never-before-reprinted Thor and Hercules stories from MARVEL PREVIEW! Collecting THOR (1966) #267-278 and MARVEL PREVIEW #10.
Rated T
In Shops: Nov 14, 2018
SRP: $75.00
View All Items In This Series