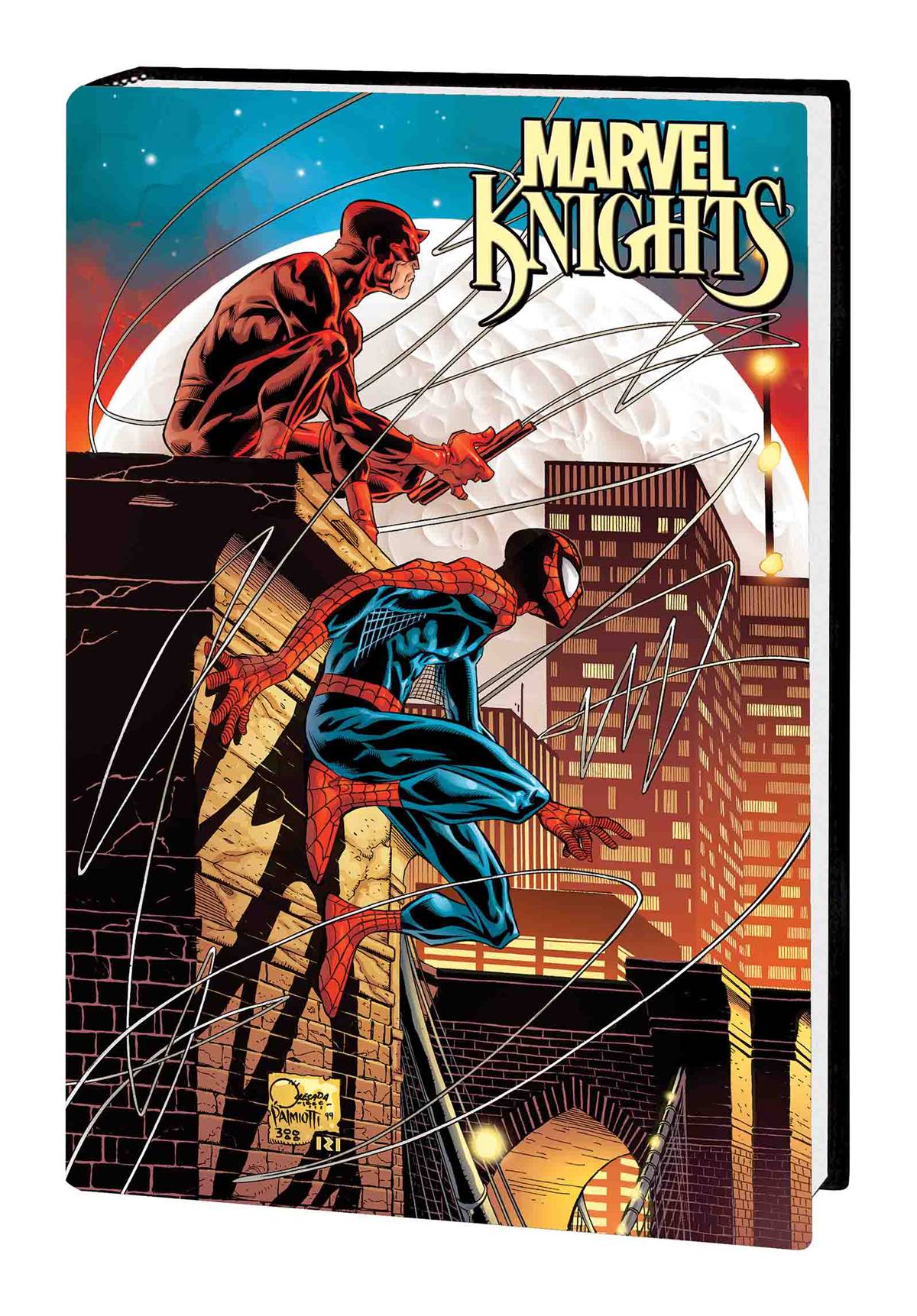 #
MAY180952
(W) Kevin Smith, David Mack, Joe Quesada, Jimmy Palmiotti, Garth Ennis (A) Dave Ross (A/CA) Joe Quesada
Joe Quesada helped create the critically acclaimed Marvel Knights imprint - and these are the stories that defined it! Teaming with Hollywood legend Kevin Smith, Quesada breathed new life into Daredevil - and with the moody and atmospheric David Mack, he introduced the enigmatic Echo to the world of the Man Without Fear! In the highly personal DAREDEVIL: FATHER, Quesada took the reins as writer and illustrator. With New York suffering a deadly heat wave, a serial killer pushes a city at the boiling point over the edge - and only Daredevil can hold Hell's Kitchen together! Plus: more extras than you can shake a billy club at - including a gallery of Quesada's stunning Marvel Knights covers, and rarely-seen sketches and character designs! Collecting DAREDEVIL (1998) #1-15 and #1/2, DAREDEVIL: FATHER #1-6, MARVEL AUTHENTIX: DAREDEVIL #1 and material from MARVEL KNIGHTS DOUBLE-SHOT #1.
Rated T+
In Shops: Nov 07, 2018
SRP: $100.00
ORDER WISH LIST