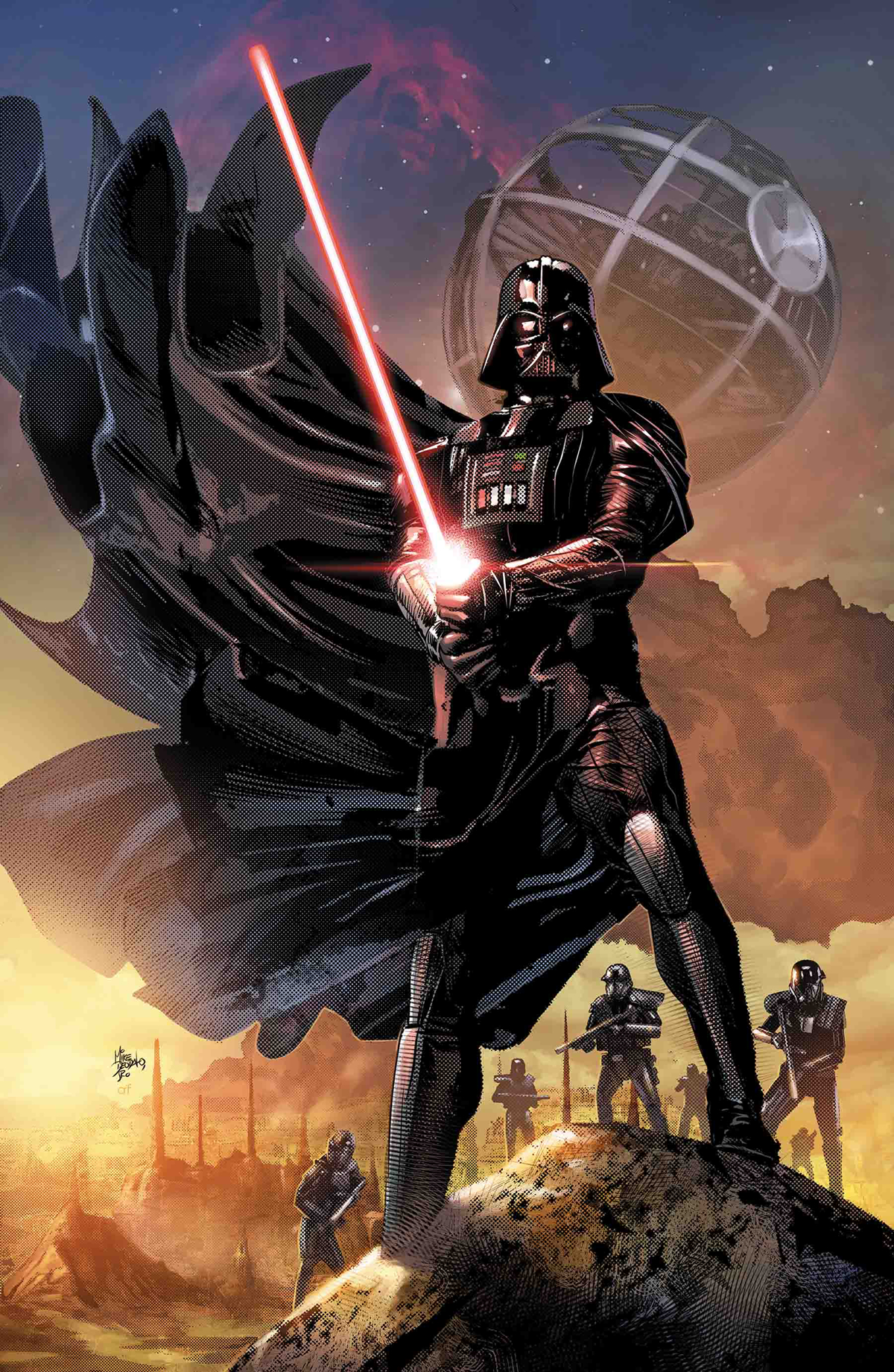 MAY180939
(W) Chuck Wendig (A) Leonard Kirk, Scott Hanna, Walden Wong (CA) Mike Deodato
DARTH VADER intends for the Empire to hold no secrets for him - or from him. Which means it is time to dig into the pet project of GOVERNOR WILHUFF TARKIN and ORSON KRENNIC: the massive battle station being built on GEONOSIS. Opportunity arises when the project is hindered by sabotage from unknown forces. THE EMPEROR calls on his dark enforcer to root out the source of treachery that threatens to destabilize the Empire's galactic ascent.
Rated T
In Shops: Jul 18, 2018
SRP: $4.99
ORDER WISH LIST