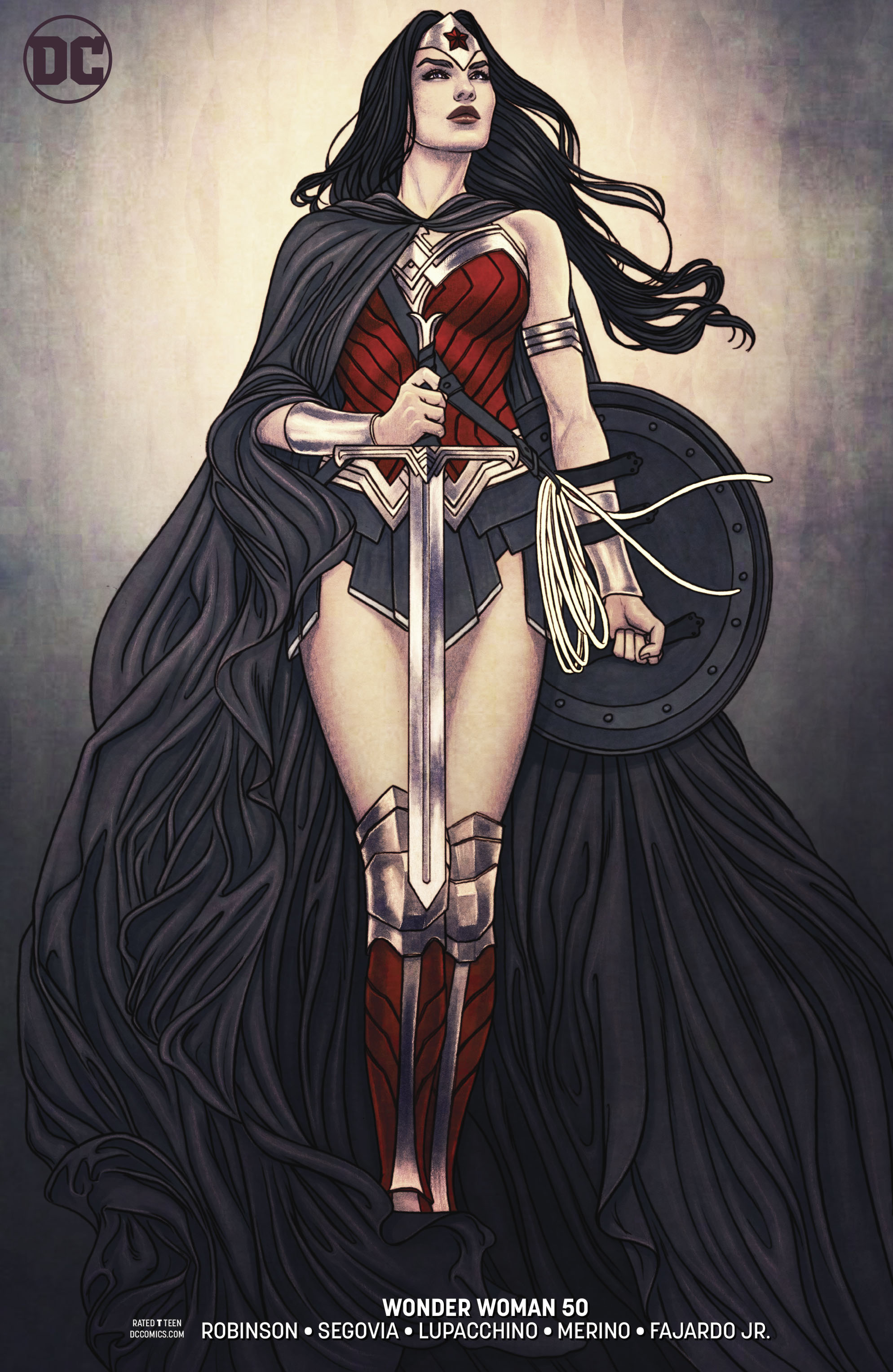 MAY180557
(W) James Robinson (A) Jesus Merino, Stephen Segovia, Andy Owens, Emanuela Lupacchino, Ray McCarthy (CA) Jenny Frison
A new pantheon of gods has been born! But who are they? Where did they come from? What do they want? All questions for Wonder Woman, because she played more of a role in their arrival than you'd think! Will it fall to Diana to end their existence as well? Meanwhile, Wonder Woman's brother Jason learns his true purpose. It's all here in this extra-sized anniversary issue!
In Shops: Jul 11, 2018
SRP: $3.99
View All Items In This Series