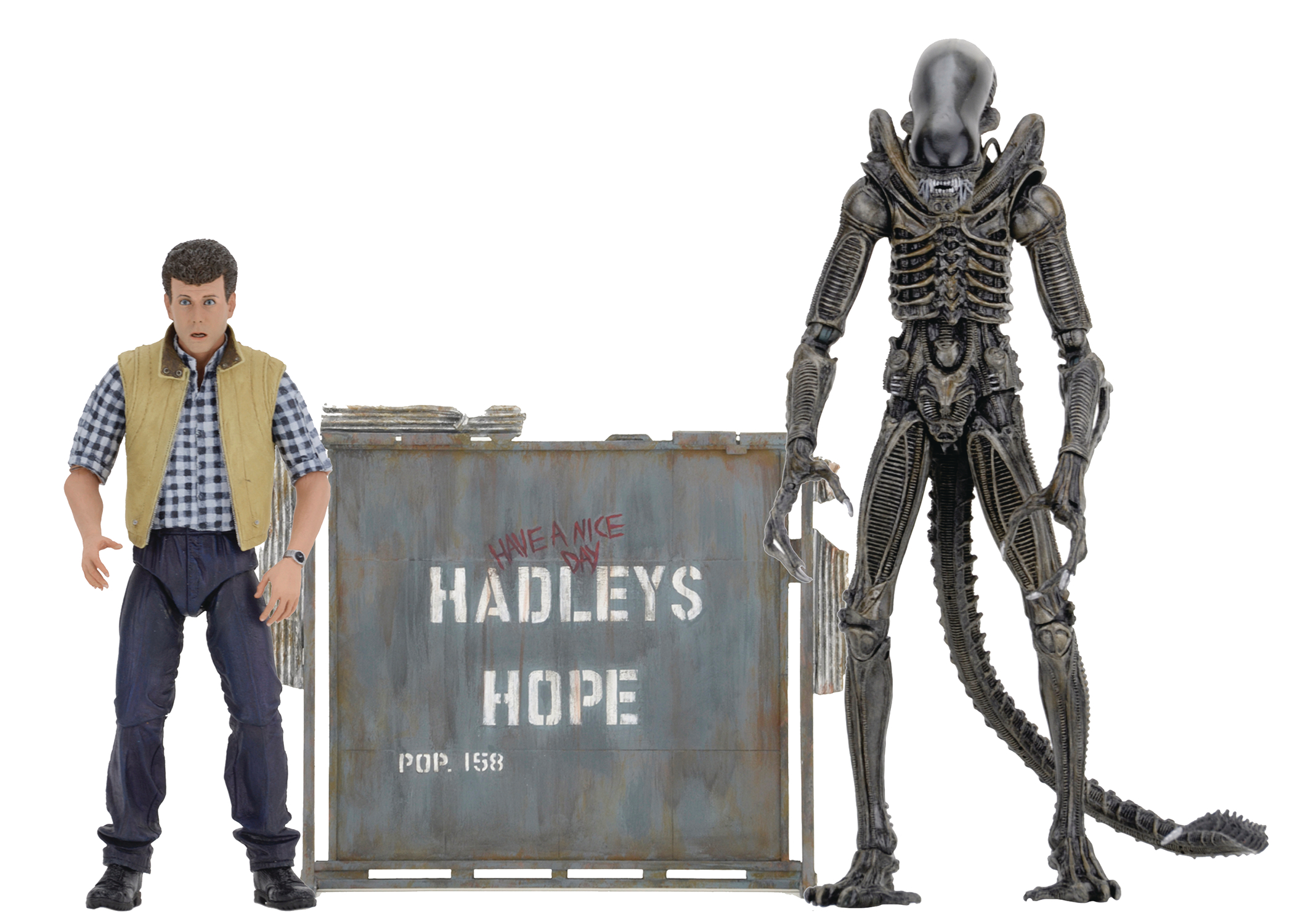 MAY178931
This very special action figure set is themed to the events that occur in Hadley's Hope during Aliens and continues the 30th Anniversary celebration of the series! The set includes the first-ever Carter Burke with the likeness of Paul Reiser, a special edition Concept Aliens Warrior with Dome, plus a replica of the population sign for Hadley's Hope. Carter Burke stands approximately 7" tall, has over 25 points of articulation and the Concept Warrior is based on James Cameron's original concept for the Alien, which he envisioned with a semi-transparent dome and in a darker color scheme! The figure stands over 9" tall and has over 30 points of articulation. The Hadley's Hope population sign measures approximately 6" square.
In Shops: Oct 25, 2017
SRP: $50.00
ORDER WISH LIST