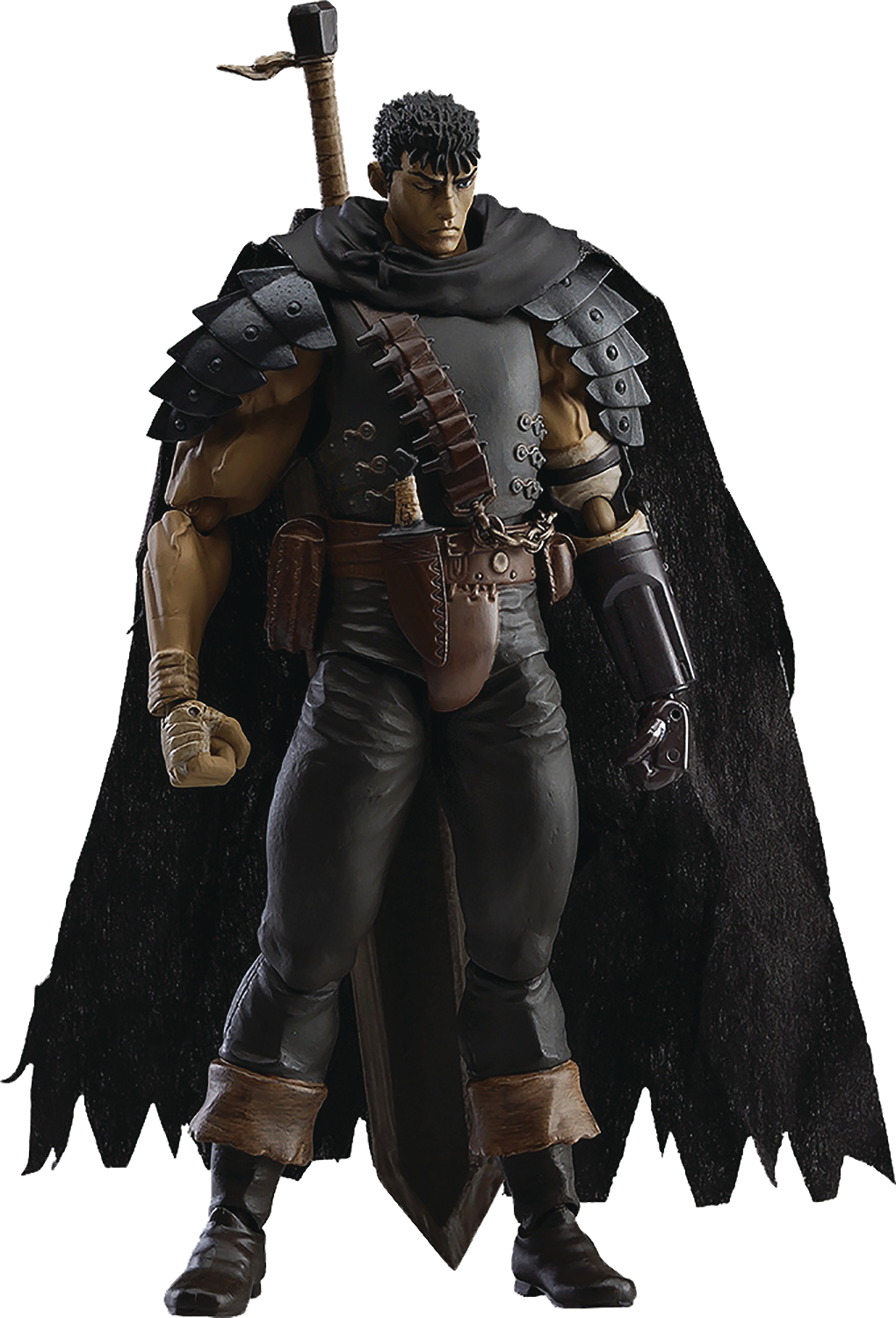 MAY178315
From MAX Factory. The solitary berserker who challenges his fate, back with an enhanced edition. From the popular manga series Berserk, comes a figma of the main character who has sworn revenge against the God Hand, Guts! This Repaint Edition has had certain elements repainted for an updated appearance! He comes with both a standard face plate as well as an expression with gritted teeth for combat scenes. The shadows on various parts of his skin have been painted on to add more realism to the figure. The giant sword "Dragon Slayer" is included, along with an alternate arm part to display him firing his cannon arm. An articulated figma stand is included, which allows various poses to be taken.