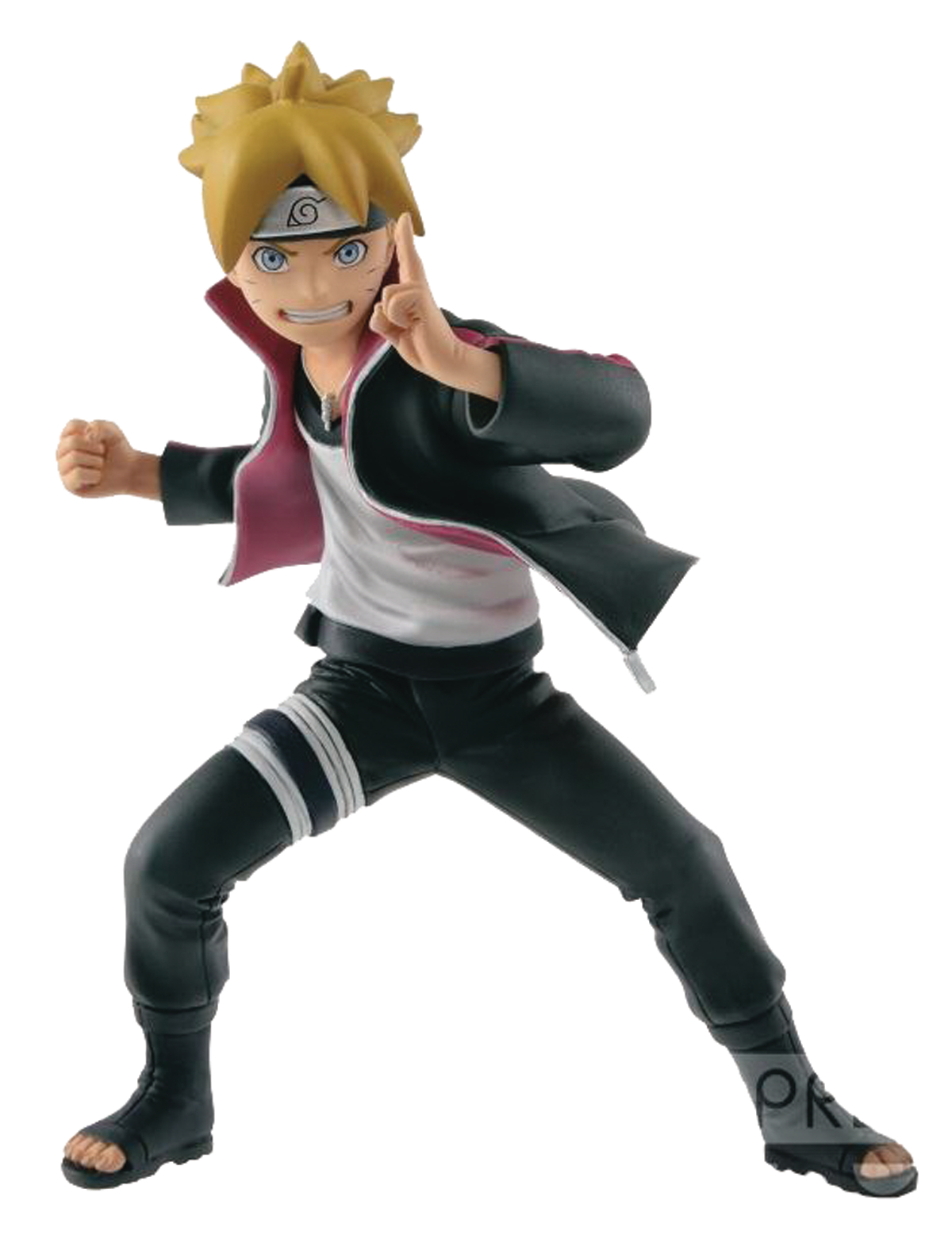 MAY178021
From Banpresto. Boruto: Naruto Next Generation will undoubtedly become one of the biggest break out hits in modern day anime series. As a continuation of the hit anime series Naruto Shippuden, this new series focuses on Boruto Uzumaki, the prodigal son of village leader, Naruto Uzumaki. Facing off in a fighting battle stance, Boruto stands approximately 4 3/4" tall. Naruto Uzuamaki, the 7th Hokage of the Leaf Village, stands 6 1/4" tall. These collectible figures will be among the highlights this year for figure fans of the amazingly impressionable modern day ninja series!