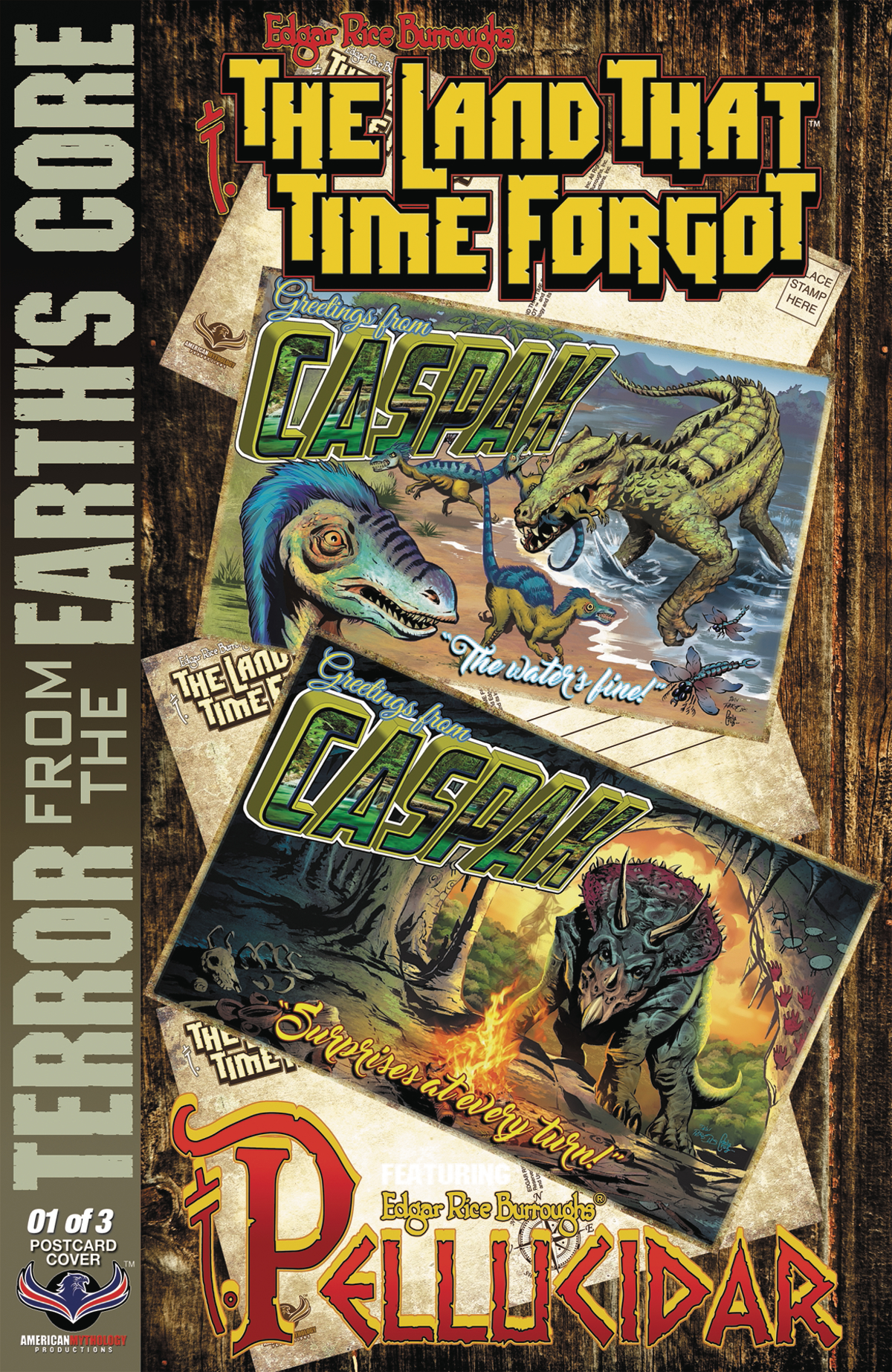 MAY171071
(W) Mike Wolfer (A) Gene Magora (CA) Dan Parsons
Two of Edgar Rice Burroughs' greatest science fiction series meet at last, as the lost continent of Caspak from THE LAND THAT TIME FORGOT and PELLUCIDAR, the prehistoric world at the Earth's core, collide in one colossal crossover! Stranded in time on the remote island continent of Caspak, Bowen Tyler, his future granddaughter Abby, the Galu warrior woman See-Ta, and the evil Baron von Schoenvorts and the crew of the German U-33 submarine have had their hands full fighting for survival against the rampaging dinosaurs of Caspak, as well as each other. But they are all about to be thrust into a war of worlds unlike anything ever seen, as the insidious inhabitants of Pellucidar find their way to the surface world, right in the heart of Caspak. The goal of the telepathic, prehistoric Mahars is the total subjugation of Caspak, a land that they seek to claim as their new kingdom, and with an invasion force of giant ants and an army of corpse-like, cannibalistic, subterranean creatures, they just might succeed! Officially licensed by Edgar Rice Burroughs, Inc., this is a series that any lover of dinosaurs, science fiction, lost worlds, and high adventure must not miss!   The Land That Time Forgot: Terror From The Earth's Core comes with three covers - Two Connecting Main Covers by Mike Wolfer and a Wish You Were Here Postcard Retailer Incentive Edition by Dan Parsons.
In Shops: Aug 23, 2017
SRP: $10.00
View All Items In This Series
ORDER WISH LIST