DEADPOOL WORLDS GREATEST TP VOL 08 TIL DEATH DO US 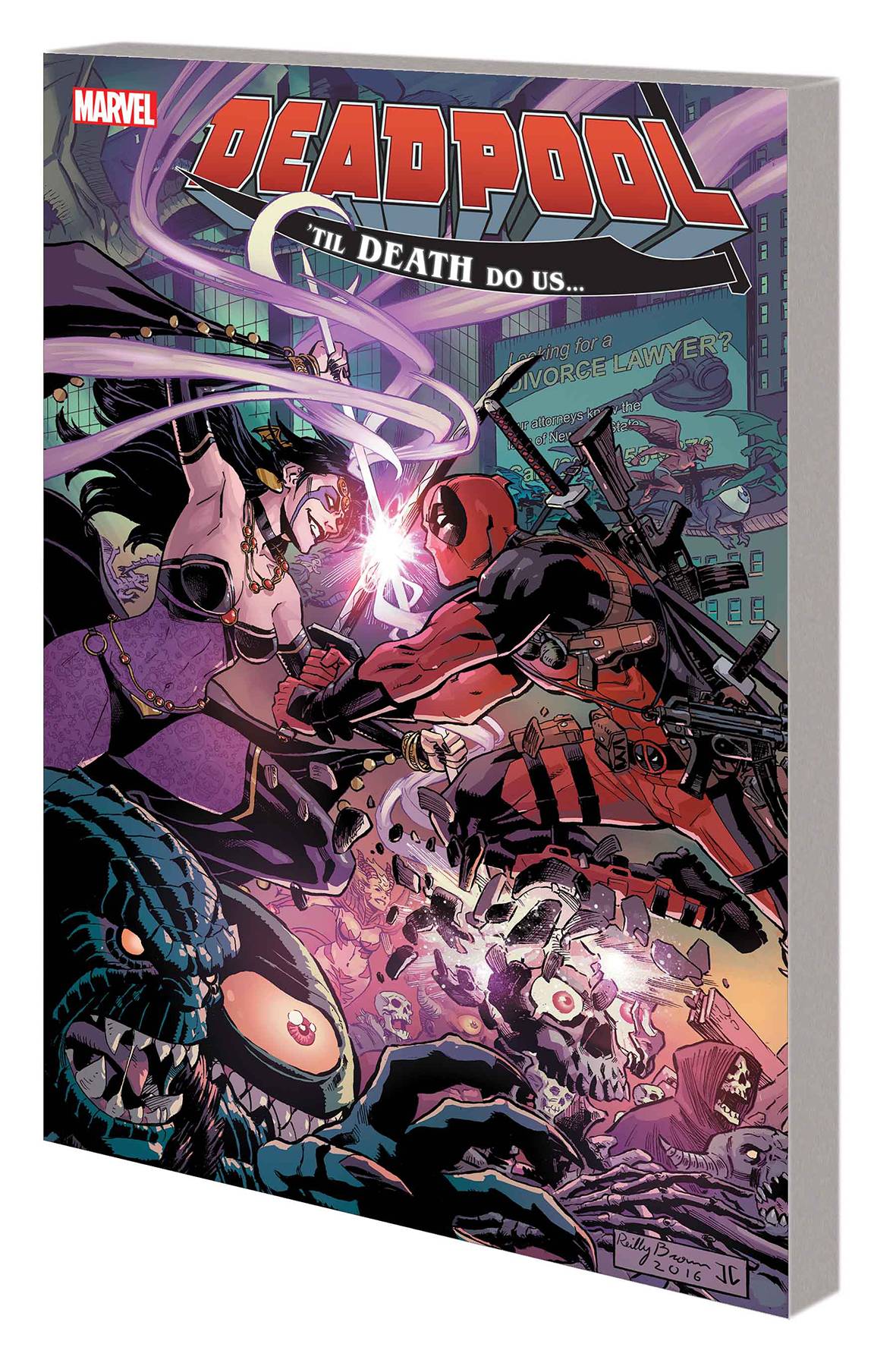 #
MAY170956
(W) Gerry Duggan, Christopher Hastings, Joshua Corin (A) Salva Espin, Iban Coello, Scott Koblish (CA) Reilly Brown, Jim Charalampidis
You've never seen marital problems like this! It was a whirlwind romance - Deadpool traveled across the world with Shiklah, fighting all sorts of threats at her side and finally married her as a way to thwart the evil vampire lord Dracula! But the honeymoon is over, and reality has set in. Wade's bride is a demon succubus, the queen of a monstrous kingdom hidden beneath Manhattan. So when this monster metropolis declares war on the surface world, Deadpool's loyalties are divided between his husbandly duties and the role he's crafted for himself as a hero. Can Spidey and the Mercs for Money help him decide whose side he's on? Brace yourself for a domestic dispute that's really going to break some things up! Collecting DEADPOOL (2015) #28-29, DEADPOOL & THE MERCS FOR MONEY (2016B) #9-10 and SPIDER-MAN/DEADPOOL #15-16.
Parental Advisory
In Shops: Aug 23, 2017
SRP: $17.99
View All Items In This Series