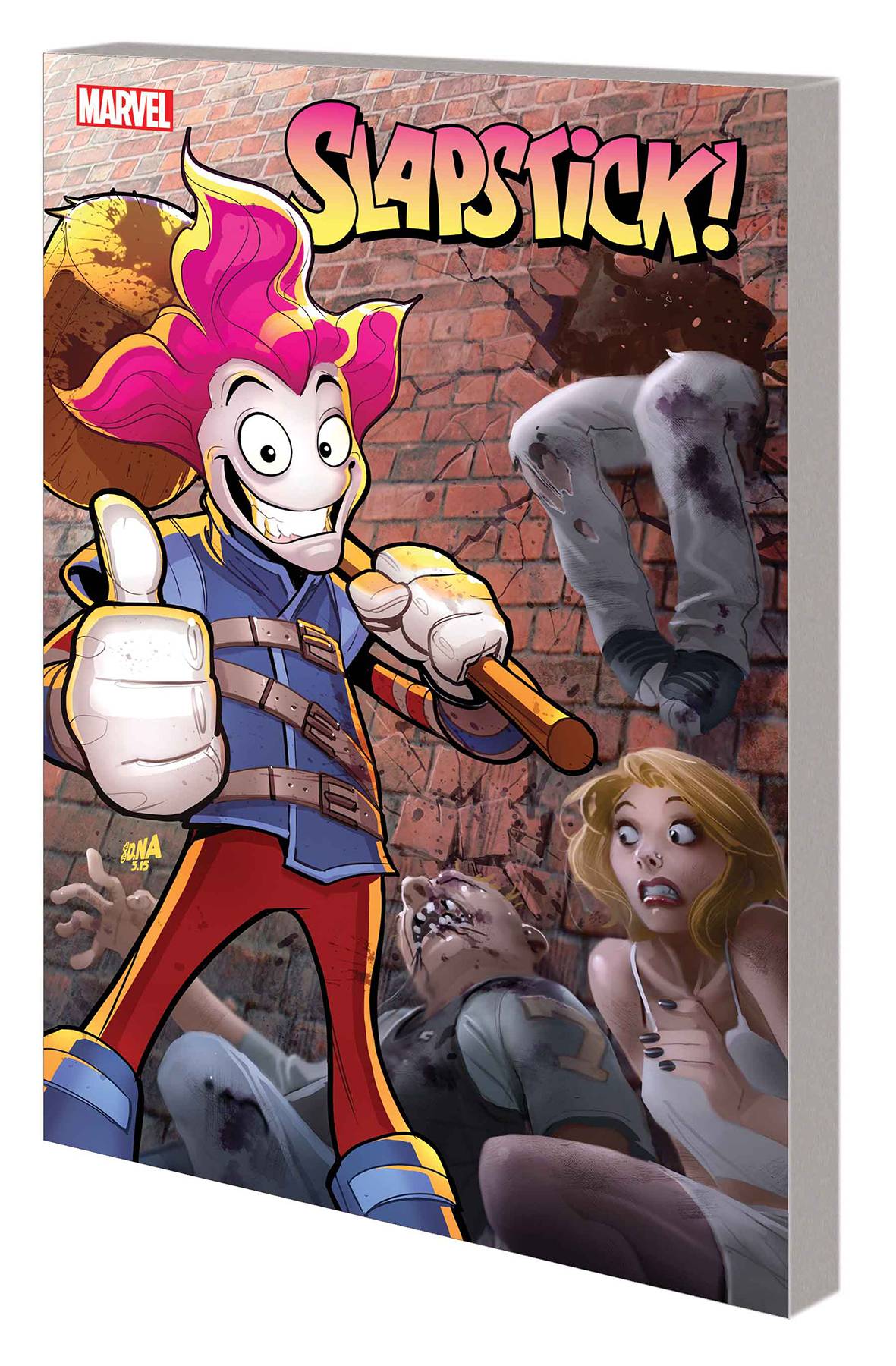 #
MAY170954
(W) Reilly Brown, Fred Van Lente (A) Diego Olortegui, Reilly Brown (CA) David Nakayama
Steve Harmon was an average teenager with an average job as your average clown, living in average New Jersey. But after being zapped by weird and mysterious extradimensional energy, Steve became Slapstick - a living, breathing cartoon character! Now, after joining - and then quitting - Deadpool's Mercs for Money, Slapstick is striking out on his own! Sure, he's gotta move back in with his parents, but he gets to team up with the Amazing Spider-Man and meet adorable (but deadly) little minotaurs, so there's that! And when he embarks on a very personal mission, Slapstick will have to work with far stranger allies - like the War D.O.G.S., America's Best Friends! But can these patriotic pups help Steve get to Dimension Ecch, where a throne of games awaits him? Collecting SLAPSTICK (2016) #1-6.
Parental Advisory
In Shops: Jul 26, 2017
SRP: $17.99
ORDER WISH LIST