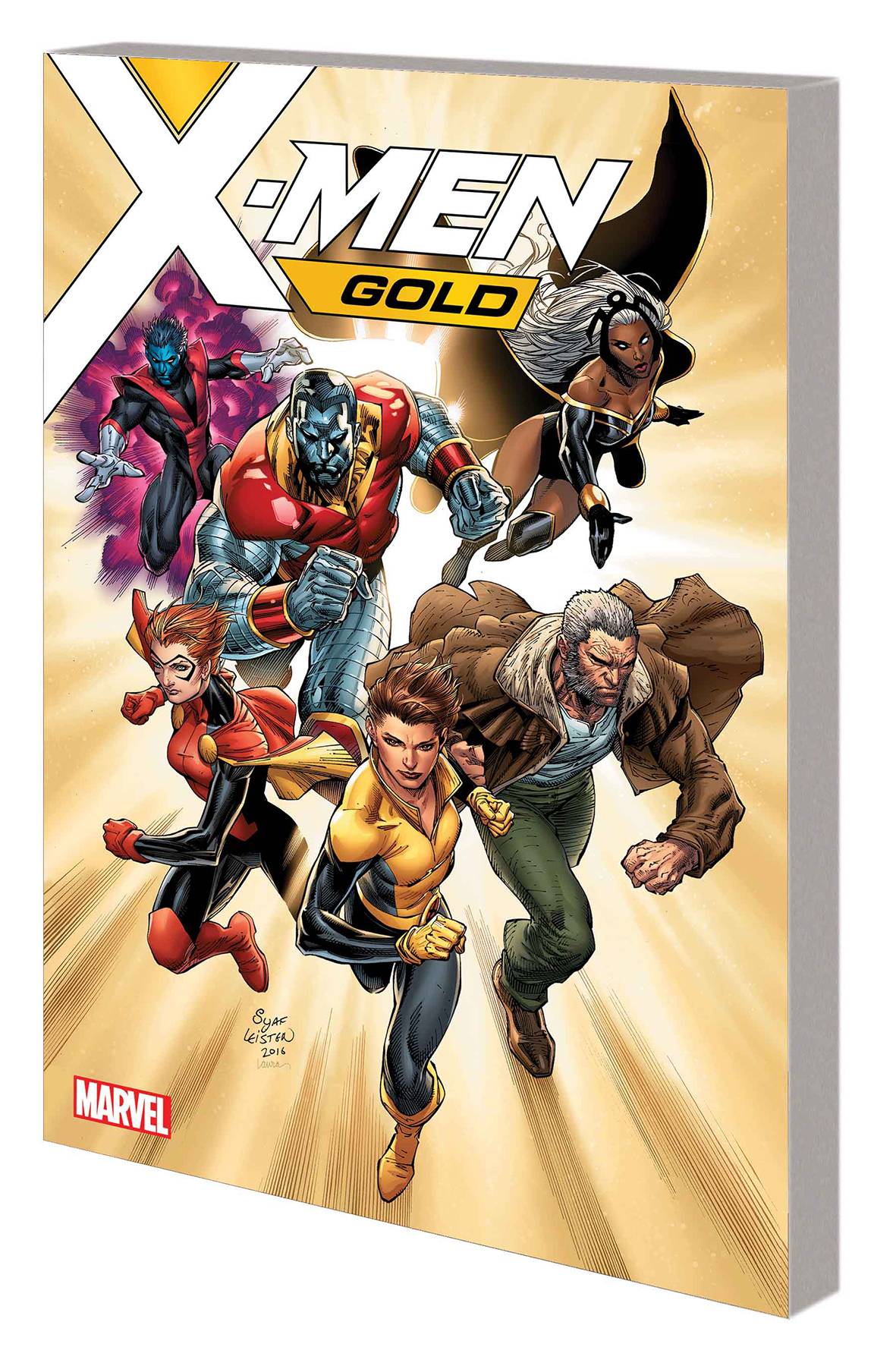 #
MAY170943
(W) Marc Guggenheim (A/CA) Ardian Syaf
In the wake of war with the Inhumans, the X-Men are at a crossroads. Where do they go from here? Luckily, one beloved X-Man has the answer! Xavier's dream comes full circle as Kitty Pryde returns to lead the team into a golden future! Storm, Colossus, Nightcrawler, Rachel Grey and Old Man Logan renew their mission to protect a world that hates and fears them as the next chapter in the saga of the X-Men begins! But a revamped Brotherhood of Evil Mutants isn't far behind - and when their rampage through New York City begins, some surprisingly familiar faces will be among their ranks! Who has turned their backs on the X-Men...and why? Collecting X-MEN GOLD (2017) #1-6.
Rated T+
In Shops: Aug 23, 2017
SRP: $15.99
View All Items In This Series