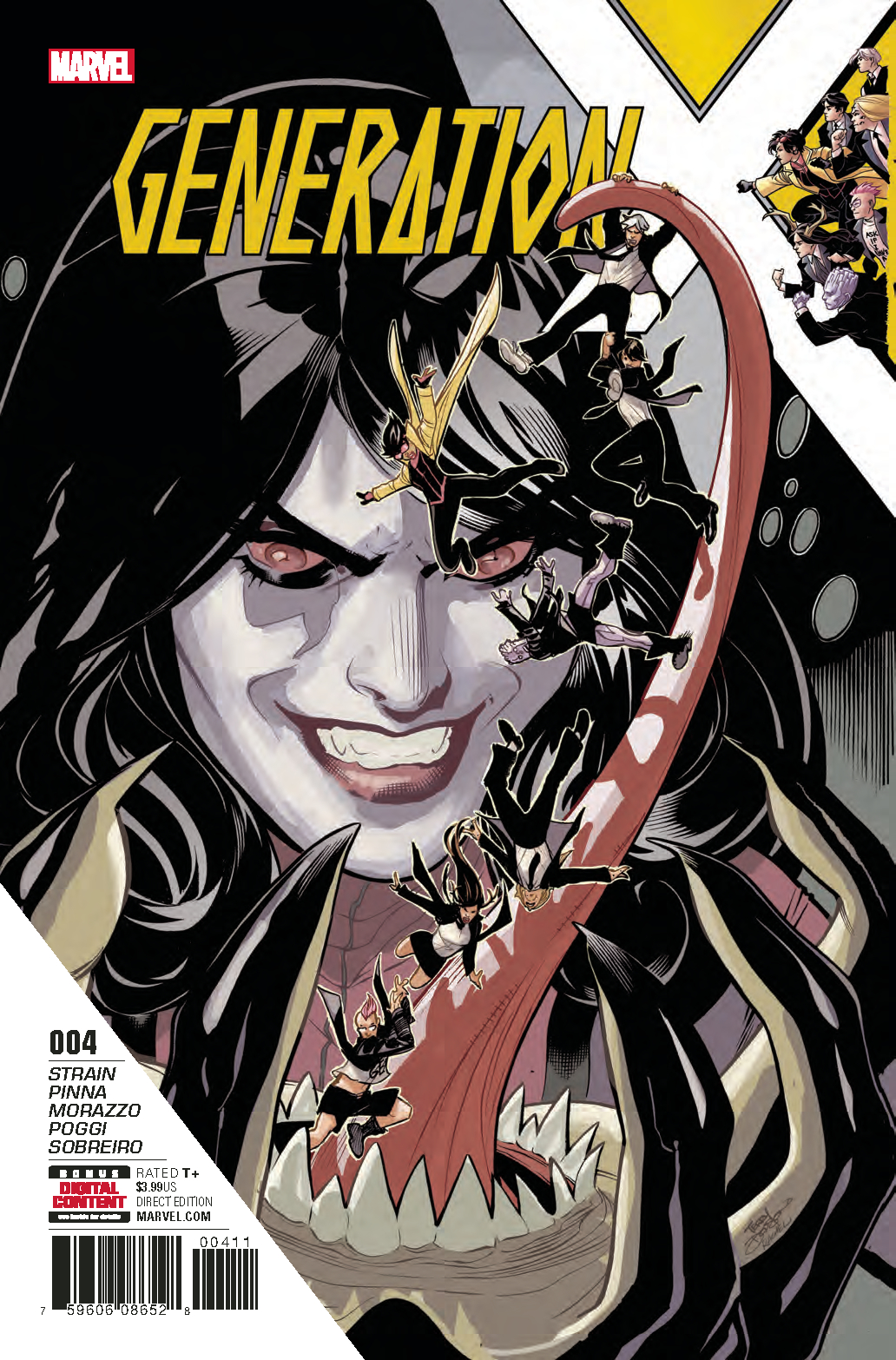 MAY170916
(W) Christina Strain (A) Amilcar Pinna, Martin Morazzo, Roberto Poggi (CA) Terry Dodson
• Taking it upon themselves to catch the assailant who's been attacking mutants in
Central Park, the Xavier Institute's "Lovable Losers" go on the hunt for the culprit.
•  But they aren't prepared when the trail leads them right to Generation X's most formidable foe...
•  EMPLATE returns!
•  Only she isn't the same monster they once knew...
Rated T+
In Shops: Jul 12, 2017
SRP: $3.99
View All Items In This Series