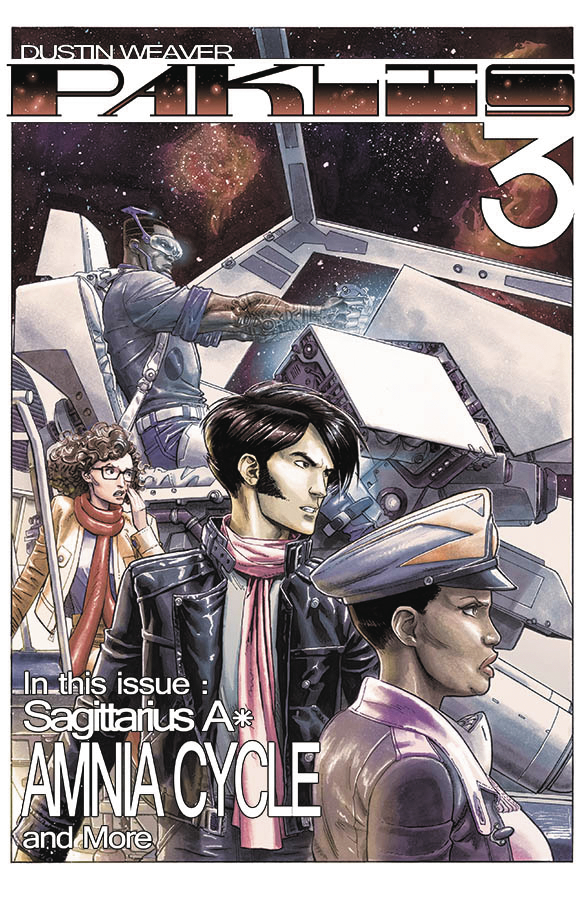 MAY170697
(W) Dustin Weaver (A/CA) Dustin Weaver
In the third chapter of Amnia Cycle, Tara Donnia crash-lands on a strange world with strange creatures and finds herself at the mercy of strangers. Meanwhile, her friends, having followed her into the Shadow Zone, find themselves caught in a battle between two warring ships. And in part four of Sagittarius A*, micro-blackholes in the brains of chimps? Animals made to depict God? Had Linus Rad's scientist father lost his mind?
In Shops: Jul 26, 2017
SRP: $3.99
View All Items In This Series