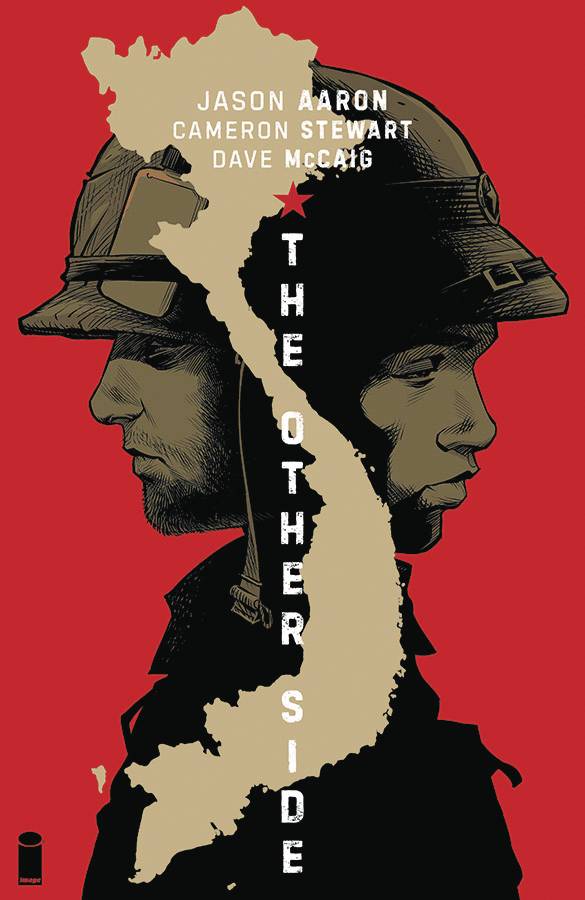 #
MAY170642
(W) Jason Aaron (A/CA) Cameron Stewart
THE OTHER SIDE SPECIAL EDITION is a hardcover collection of the Eisner-Award nominated miniseries that started it all for writer JASON AARON (SOUTHERN BASTARDS, THE GODDAMNED, Scalped)! With amazingly visceral artwork from CAMERON STEWART (MOTOR CRUSH, Fight Club 2) and vivid colors from DAVE McCAIG (American Vampire), THE OTHER SIDE tells an unforgettable Vietnam War story from the point of view of two young soldiers on both sides of the conflict. THE OTHER SIDE SPECIAL EDITION will not only showcase this powerful war story but also include loads of extra materials straight from the files of both writer and artist. CAMERON STEWART was so committed to this project that he traveled to Vietnam to do preliminary research, and this collection will feature pictures, drawings, and journal entries from that trip. Collects THE OTHER SIDE #1-5.
In Shops: Aug 30, 2017
SRP: $19.99