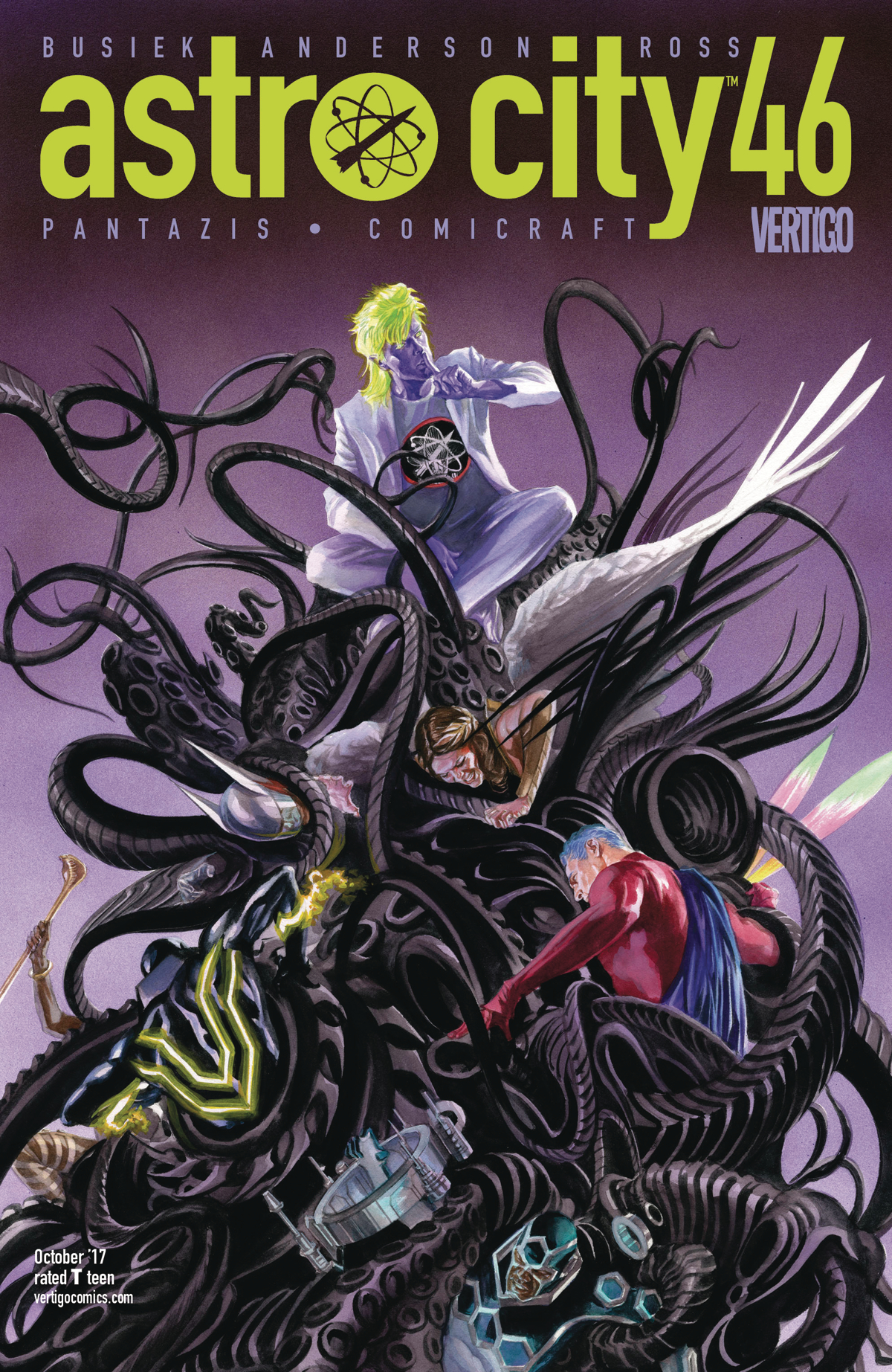 MAY170359
(W) Kurt Busiek (A) Brent Eric Anderson (CA) Alex Ross
The final chapter in the Broken Man's century-spanning revelations about Astro City, music, rebellion, heroes and the threat of the Oubor. The Broken Man is mounting a defense-but does it stand a chance, or is it as cracked as he is? Featuring Honor Guard, the First Family and more, in a story that sets the stage for everything that is to come for Astro City.
In Shops: Aug 16, 2017
SRP: $3.99
View All Items In This Series