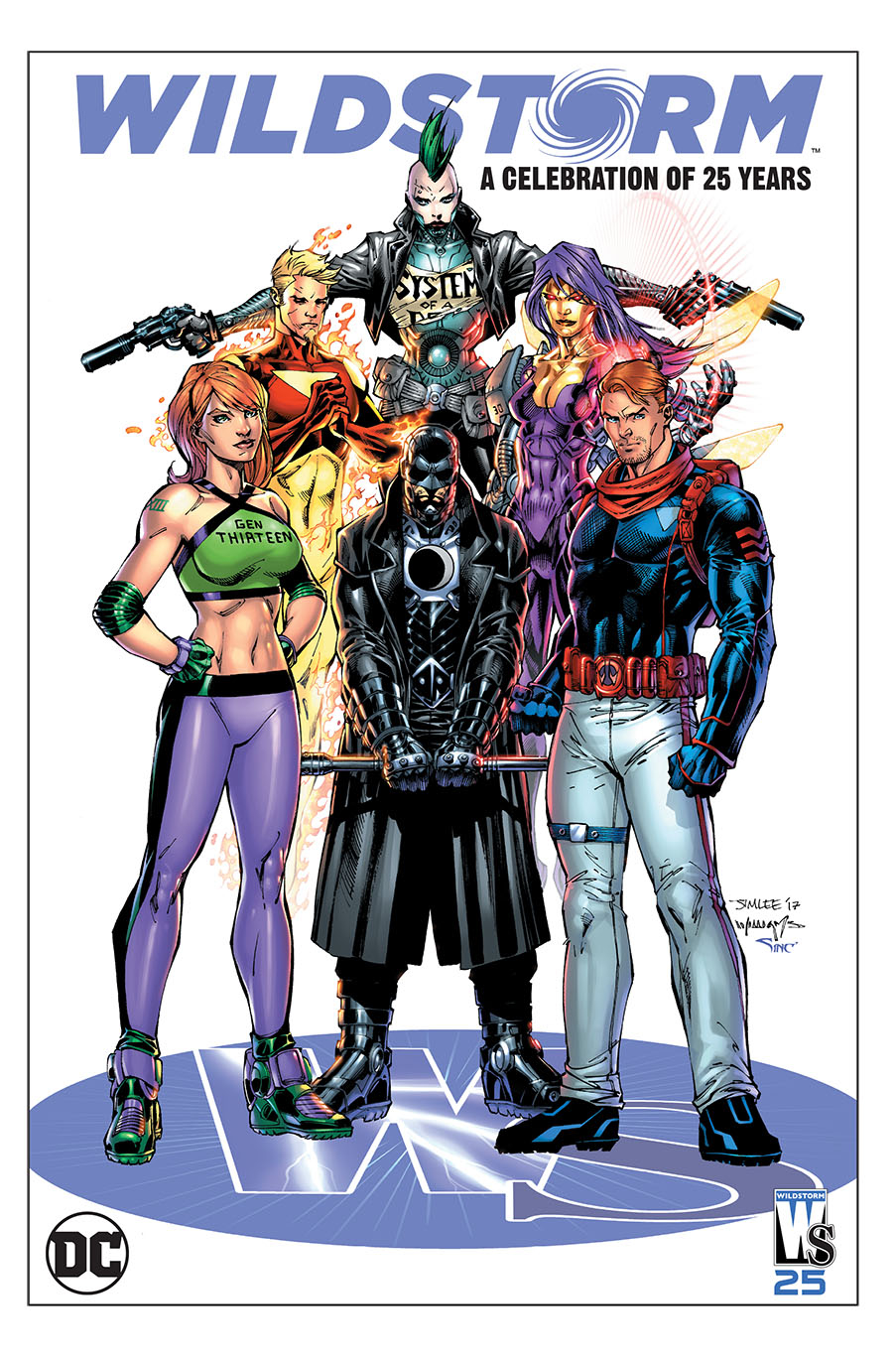 For an advance look at the new material in this title, click the Retailer Previews Prevue button on the Diamond product page!

The new short stories featured in this title include:

THE AUTHORITY: A ten-page story written by Warren Ellis with art by Bryan Hitch and Paul Neary

DEATHBLOW: A three-page story written by Brandon Choi with art by Jim Lee and Scott Williams (Please note this story was solicited to star WildC.A.T.S)

GEN13: A three-page story written and pencilled by J. Scott Campbell and inked by Scott Williams

WILDCATS 2.0: A five-page story written by Christos Gage with art by Dustin Nguyen and Richard Friend

Also included are new pin-ups including:

Grant Morrison's outline and character notes for WILDCATS: WORLDSTORM, plus the script for issue #2

THE AUTHORITY #13 and 14 presented in black and white, in their original, unedited versions

WILDSTORM: A CELEBRATION OF 25 YEARS (MAY170352) is on Final Order Cutoff on June 5. It is scheduled to arrive in stores on August 23.