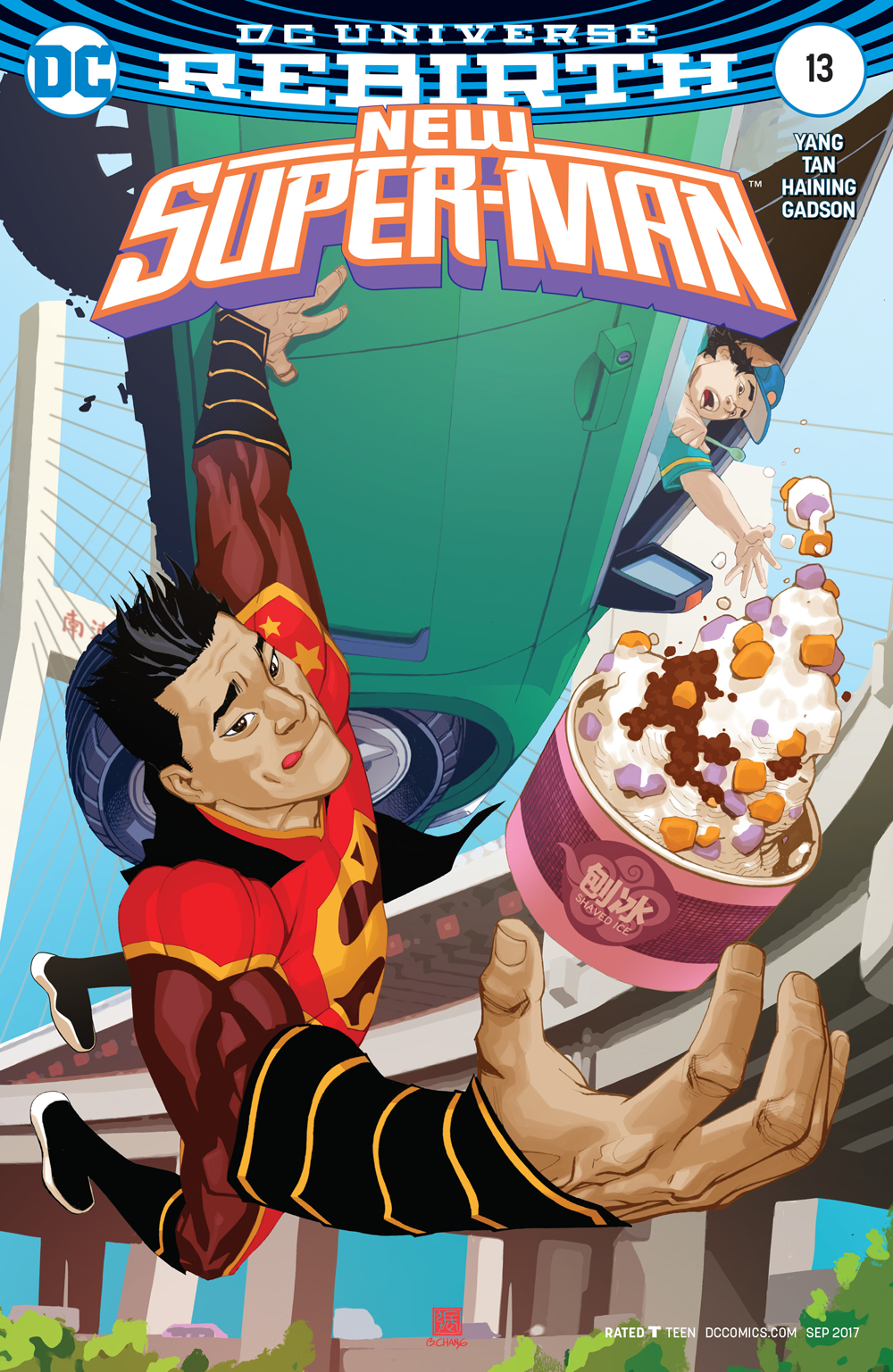 MAY170258
(W) Gene Luen Yang (A) Billy Tan (CA) Bernard Chang
"THE ZERO ULTIMATUM" part three! Shanghai falls-and Emperor Super-Man rules the ashes! With an army of super villains on the streets, The Justice League of China leads the movement to take the city back. New Super-Man's head isn't in the game upon discovering the shocking secret of his mother's true identity, Wonder-Woman has been transformed and Bat-Man overwhelmed! It's up to I-Ching and the New Flash of China to snap Kenan out of it and save Shanghai!
In Shops: Jul 12, 2017
SRP: $3.99
View All Items In This Series