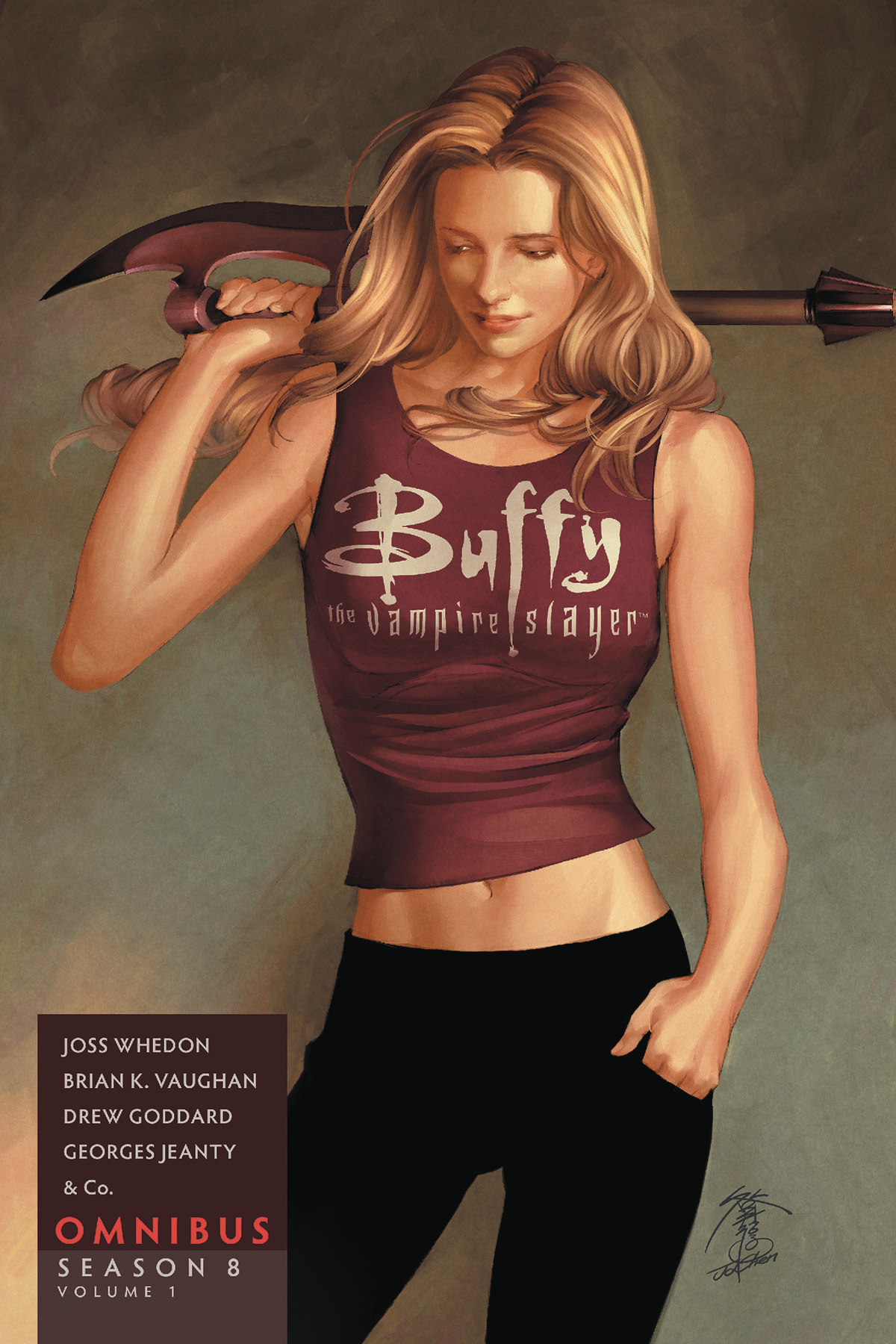 MAY170072
(W) Joss Whedon, Brian K. Vaughan, Drew Goddard, Jeph Loeb (A) Cliff Richards, Georges Jeanty, Andy Owens, Paul Lee, Karl Moline (A/CA) Jo Chen
Series creator Joss Whedon brought Buffy the Vampire Slayer back to life with this comics-only follow-up to Season 7 of the television show. Aptly named Season 8, these comics are the official sequel to Buffy and continue where the live-action series left off with the Slayer, her friends, and their ongoing challenge to fight the forces of darkness. This oversized omnibus edition is one of two volumes that will contain the entirety of Season 8. Contains Buffy Season 8 Library Edition Volumes 1-2 (excluding sketchbook materials), all series covers (Buffy Season 8 #1-#20), the Willow one-shot Goddesses and Monsters, and the "Always Darkest" short from MySpace Dark Horse Presents #24.