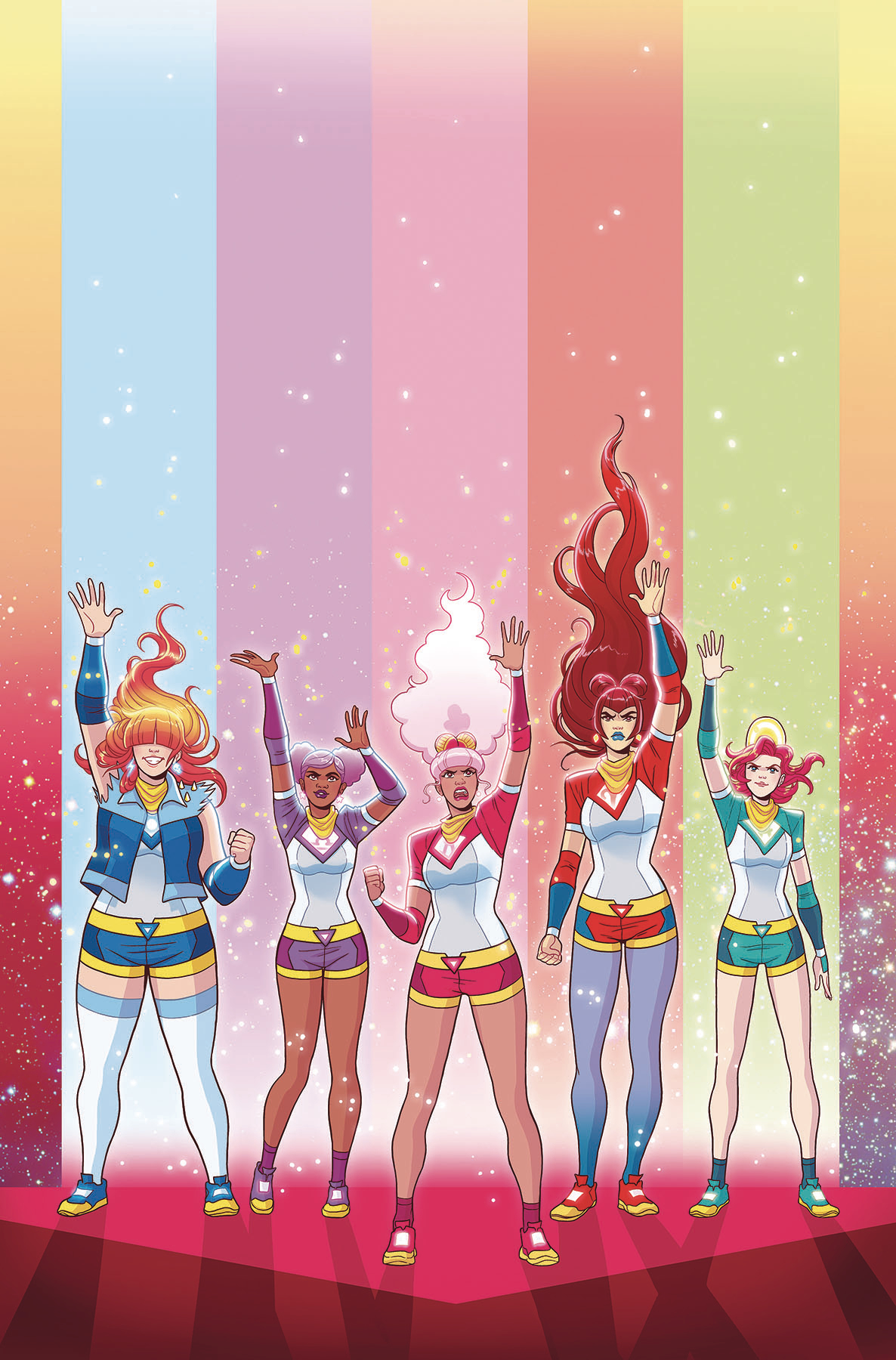 MAY170042
(W) Kevin Panetta (A/CA) Paulina Ganucheau
An elite group of teenage girls with magical powers have sworn to protect our planet against dark creatures . . . as long as they can get out of class! Known as the Zodiac Starforce, these high-school girls aren't just combating math tests-they're also battling monsters!

After defeating a former ZS member and her mean-girl minions, the girls thought they'd get a little break! But a new big bad's come out to play, and demons are starting to overrun the downtown!