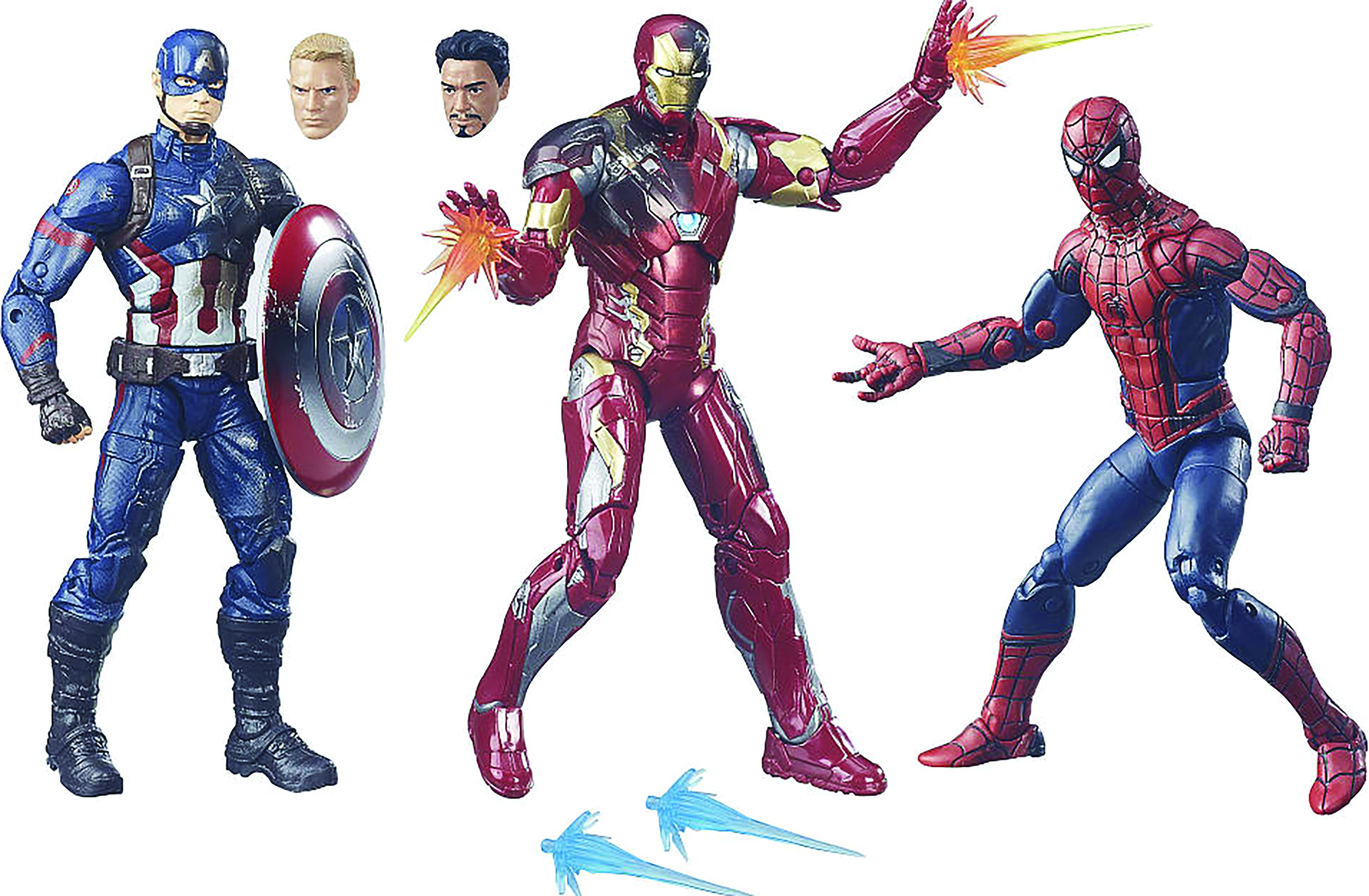 MAY168094
From Hasbro! When the lines between right and wrong are blurred, which heroes will emerge victorious? Enter the battle with this pack of three Marvel Legends series figures based on the blockbuster film Captain America: Civil War, including Iron Man, Captain America, and Spider-Man. With this super trio, kids can imagine sending their favorite heroes in battle action. Each figure is 6" scale and features multiple points of articulation.