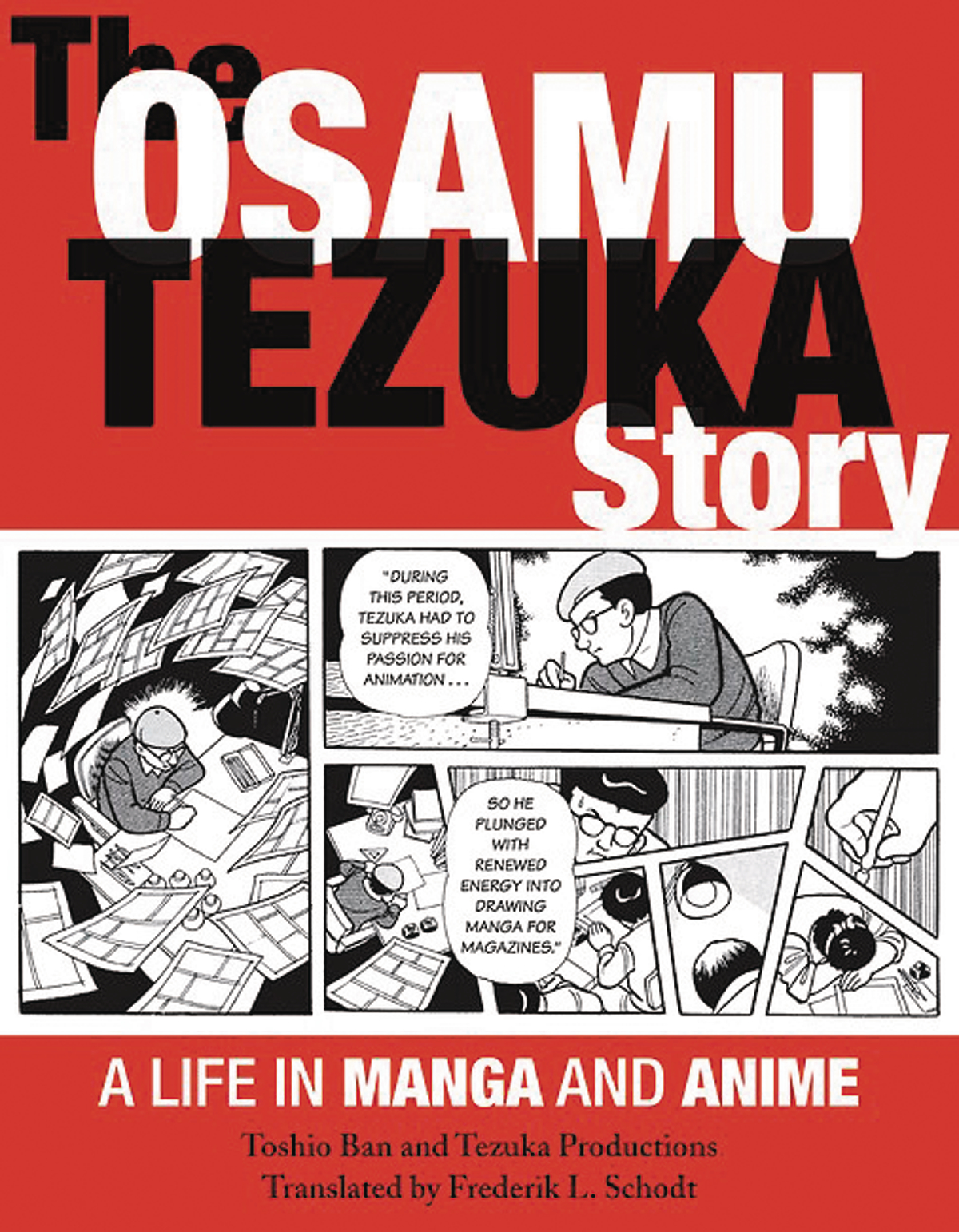 MAY162031
(W) Toshio Ban, Frederik Schodt (A/CA) Osamu Tezuka
This graphic-format biography of Osamu Tezuka - Japan's "God of Manga" - looks at one of the twentieth century's great creative artists (Astro Boy, Kimba the White Lion, Black Jack). It is also an anecdotal study of the evolution of Japan's early manga and anime business and its heroes. A never-before-seen popular culture history of postwar Japan, it is sure to fascinate fans and anyone interested in manga, anime, and the potential of the graphic storytelling medium.
In Shops: Jul 13, 2016
SRP: $29.95