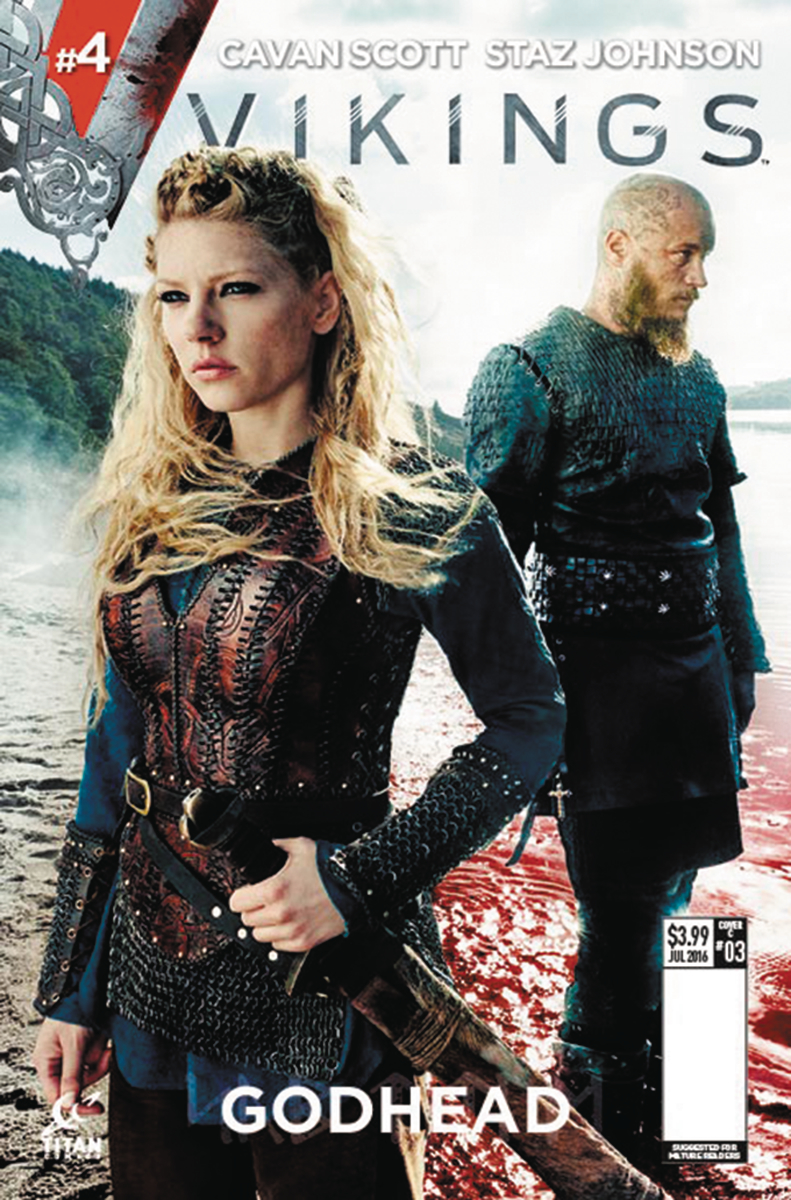 MAY161803
(W) Cavan Scott (A) Staz Johnson
Ragnar Lothbrok has emerged from the bloody battle victorious, but will he survive the night that follows as he's betrayed by one of his closest friends? Meanwhile, back at home in Kattegat, the rebellion against Ragnar's family takes a deadly turn, as all seems lost.
In Shops: Aug 31, 2016
SRP: $3.99
View All Items In This Series