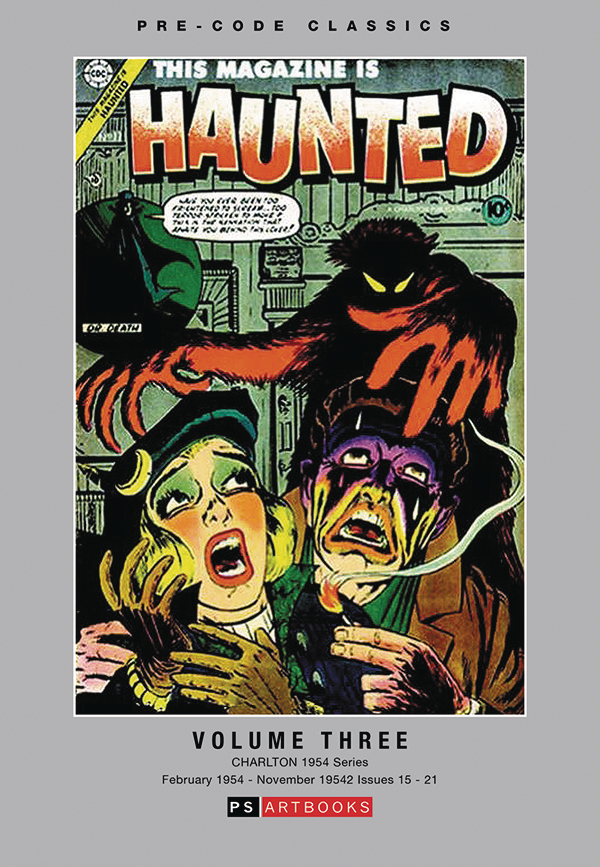 MAY161714
(A) Sheldon Moldoff, Bob Powell, Dick Giordano, Robert McCarty, Ed Waldman, Bill Molno, Seymour Moskowitz, Steve Ditko
Another volume, this time it's from Charlton, of far-out funky fodder from some of the best writers and artists ever to pick up a brush or pound on a tupewriter. More stuff in the great tradition of the likes of EC Comics and the PS multiple-volume library of Harvey's horror line-up, featuring a dizzying bevy of gnarled and twisted tales of post-death revenge and retribution. Don't miss out! Collects issues #15-21, February 1954 to November 1954.
In Shops: Nov 16, 2016
SRP: $59.99
View All Items In This Series
ORDER WISH LIST