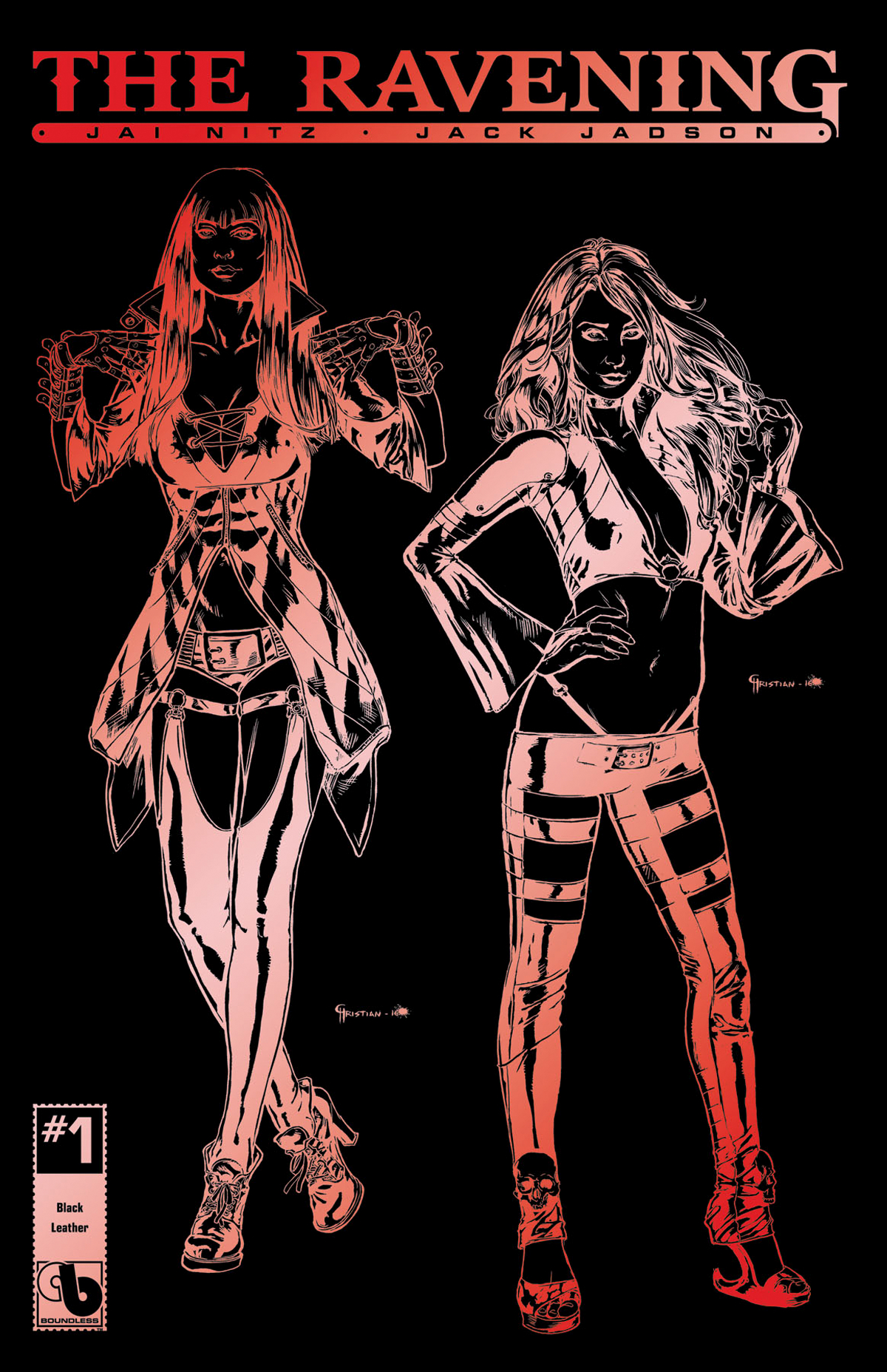 MAY161307
(W) Jai Nitz (A) Jack Jadson (CA) Christian Zanier
The queens of the night return in a monster sized 64 page debut issue of vampire love and loss!   The Ravening have been spoken of in hushed whispers for twenty years and are now reborn with an all-new tale of darkness from seasoned writer Jai Nitz and illustrator Jack Jadson!  In Hellina #1, she flexed her power as the adjudicator of Hell and swept through the underworld,  ending many dynasties.  The vampire lords of House Morcego and House Volmaan  were lost to Hellina's wrath and their daughters Izzy and Corrie are struggling with how to keep them from collapsing in the chaos.  Merging with another house seems the only option, so these two lovers defy all the rules and marry each other to unite their clans.  But can their young blood survive the many threats now closing in around them as a horde of Satyrs target their weakness?  It's a seductively sexy look at a new kind of underworld now living in the shadows.  To top it off, we include two of the very first Ravening stories from 1997, in color for the first time, as well as a cover gallery of some of the classic covers of the past!
In Shops: Aug 03, 2016
SRP: $24.99
View All Items In This Series