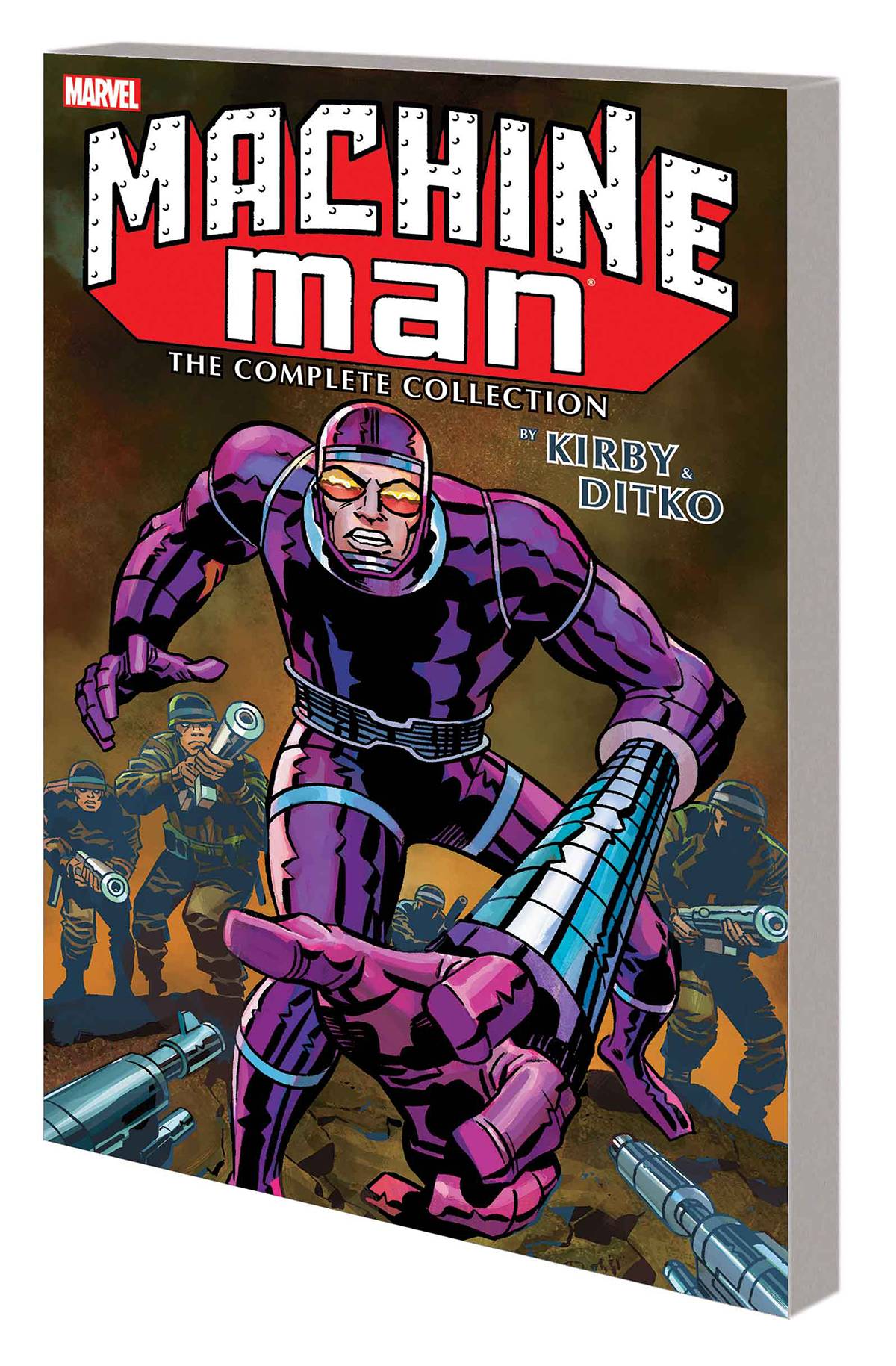 #
MAY160938
(W) Various (A) Various (CA) Jack Kirby
A military machine with a soul, a thinking computer in the form of a man - X-51 is the Machine Man! Abel Stack gave a government-created robot a human face, nurturing the man inside the machine and calling him son. But Stack's death left that son, Aaron, alone and running for his life. The military wants to strip him apart, and mankind doesn't understand him - but in exploits crafted by two of the medium's greatest talents, he'll still redefine humanity. Few comic books were lucky enough to be graced by the work of Jack Kirby and Steve Ditko. Machine Man never saw an issue that wasn't illustrated by one of these creative titans. Now, the complete MACHINE MAN epic is collected for the first time, and in one complete volume! Collecting MACHINE MAN (1978) #1-19 and INCREDIBLE HULK (1968) #235-237.
Rated T
In Shops: Jul 27, 2016
SRP: $39.99
ORDER WISH LIST