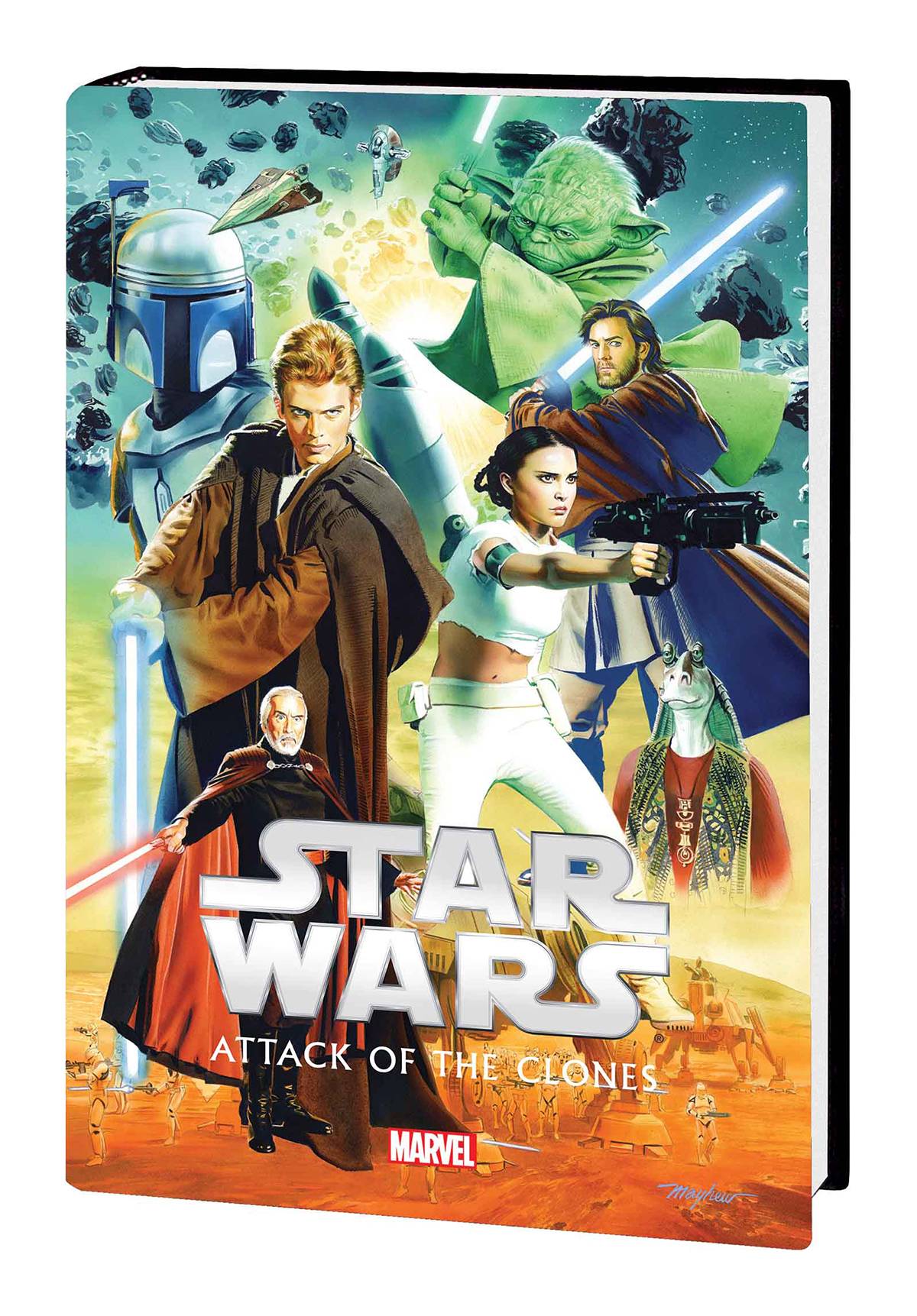 #
MAY160920
(W) Jonathan Hales (A) Henry Gilroy (CA) Mike Mayhew
The official adaptation of the crucial second chapter in the Star Wars saga! The Republic is under threat, with thousands of solar systems joining the separatist movement led by the mysterious Count Dooku. The few remaining Jedi Knights struggle to maintain peace and order in the galaxy. As the Galactic Senate considers raising a clone army, Senator Amidala - the former queen of Naboo - comes under attack. Someone must protect her - and Obi-Wan Kenobi and his apprentice, Anakin Skywalker, take on the fateful mission. As old favorites like Yoda and new ones like Jango Fett play their parts, destiny takes hold - in a tale of forbidden love, a young Jedi finding his true path and an old threat rising from the shadows once again. Collecting STAR WARS: EPISODE II - ATTACK OF THE CLONES #1-4.
Rated T
In Shops: Sep 07, 2016
SRP: $24.99
ORDER WISH LIST