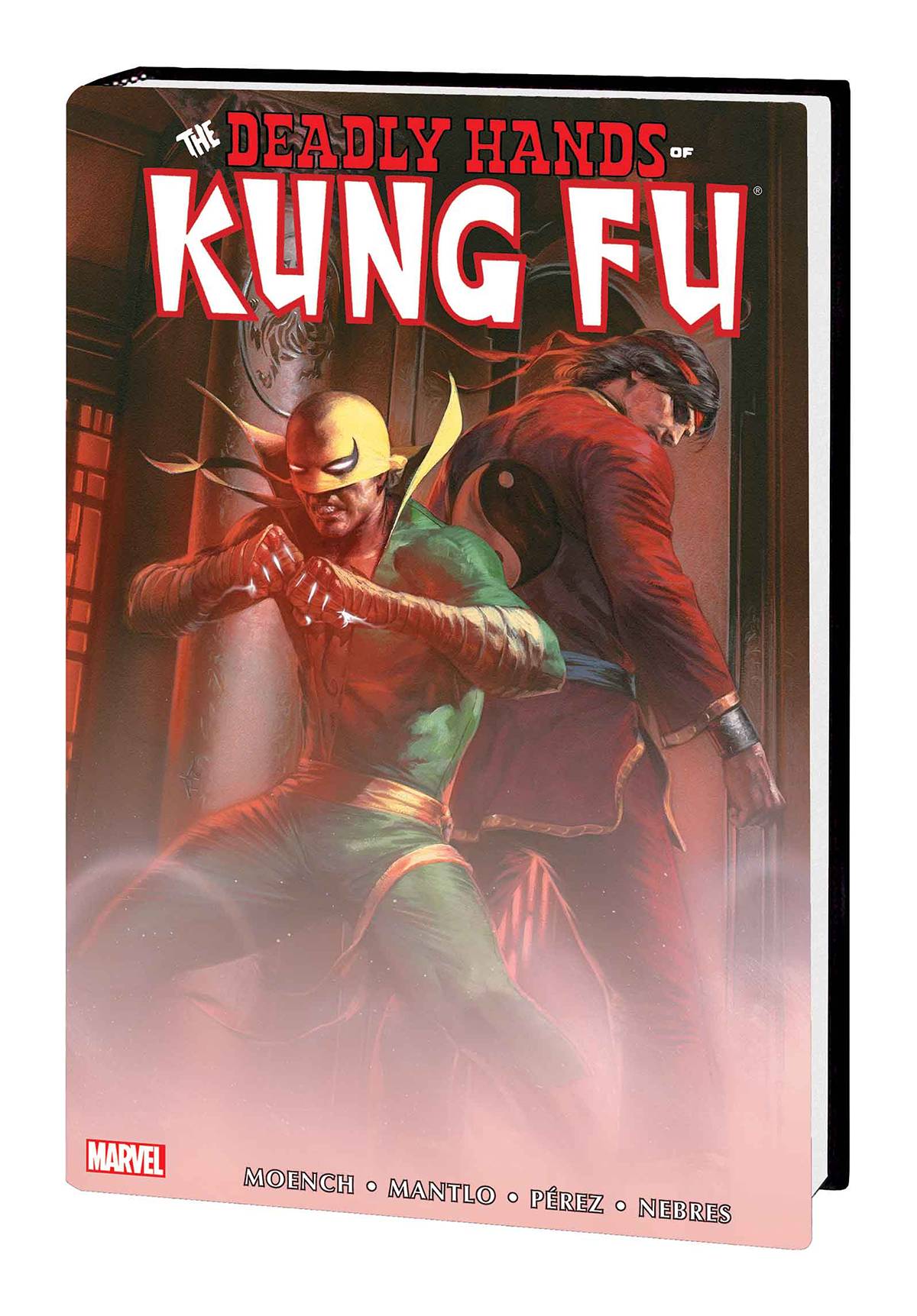 #
MAY160915
(W) Various (A) Various (CA) Gabriele Dell'Otto
Kung-fu fever had struck the United States! Hot on the heels of the breakout hit MASTER OF KUNG FU, Marvel launched the amazing oversized DEADLY HANDS OF KUNG FU magazine - headlined by Shang-Chi, Iron Fist and the Sons of the Tiger! Artists including Rudy Nebres, George Pérez, Jim Starlin and Paul Gulacy gave DEADLY HANDS their all. With stunning painted covers by the likes of Neal Adams, issues of DEADLY HANDS featured not just the comic-art adventures of Marvel's greatest kung-fu heroes - but also extensive interviews; martial-arts guides; photo features; and movie, TV and book reviews! Whatever you wanted to know about martial arts, DEADLY HANDS had a kung-fu grip on it! Collecting DEADLY HANDS OF KUNG FU (1974) #1-18 and SPECIAL, and DEADLIEST HEROES OF KUNG FU.
Rated T+
In Shops: Nov 09, 2016
SRP: $125.00
View All Items In This Series
ORDER WISH LIST