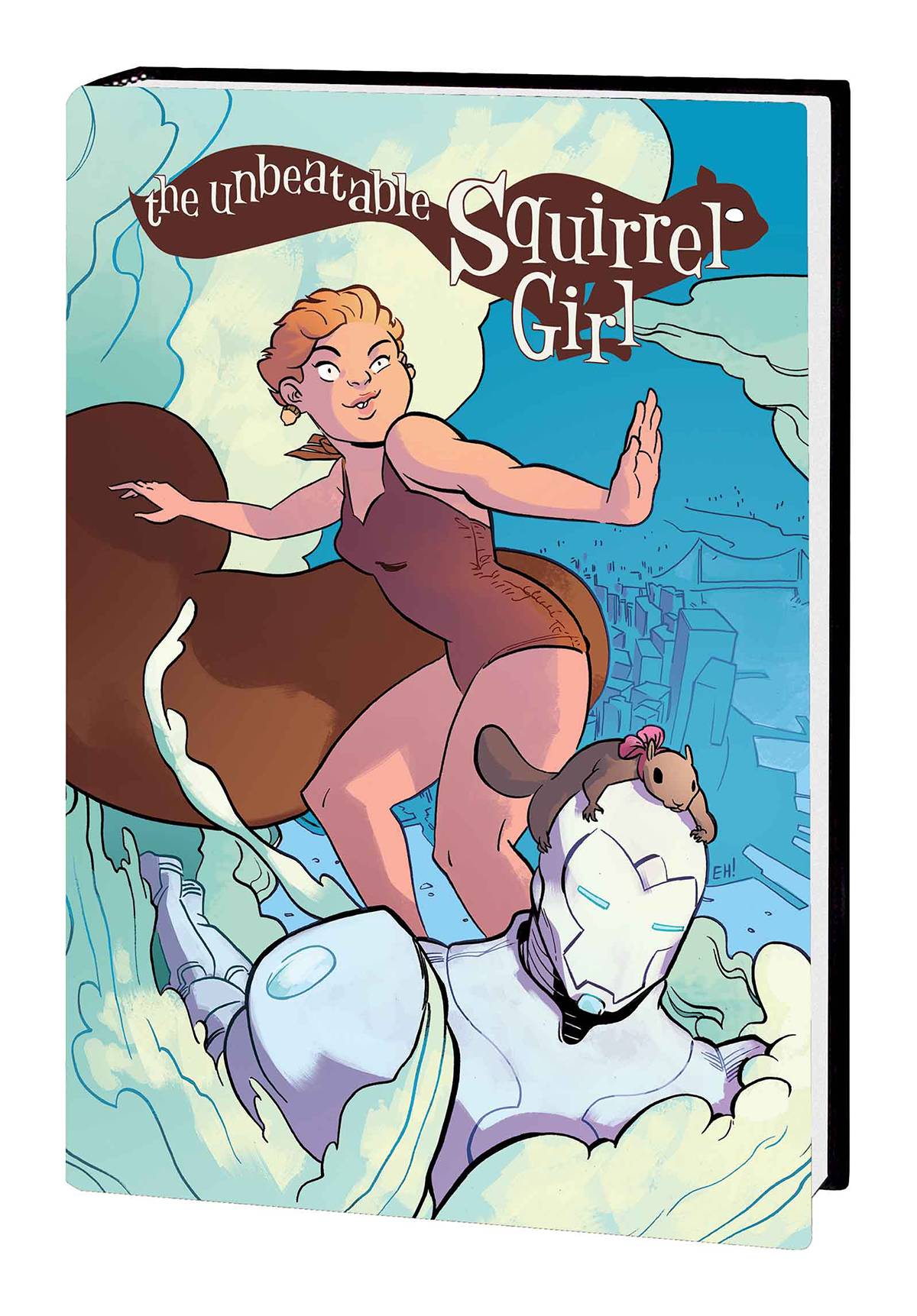 #
MAY160913
(W) Various (A) Various (CA) Erica Henderson
Wolverine. Deadpool. Doctor Doom. Thanos. There's one hero who's beaten them all, and now she's got her own book! And to celebrate, she's set her sights even higher - much higher. We're talking Galactus! But first Doreen Green, a.k.a. Squirrel Girl, is starting college, making new friends, eating nuts and kicking butts - not necessarily in that order! Together with her best (human) pal Nancy and her best (squirrel) pal Tippy-Toe, and armed only with a tail and some fact-filled super-villain trading cards, she'll take on the likes of Kraven the Hunter, Whiplash and, oh, yeah, the Devourer of Worlds! Plus: Classic Squirrel Girl tales including her dazzling Ditko-drawn debut! Collecting UNBEATABLE SQUIRREL GIRL (2015A) #1-8 - plus material from MARVEL SUPER-HEROES (1990) #8, GLX-MAS SPECIAL, THING (2006) #8 and AGE OF HEROES #3.
Rated T
In Shops: Nov 02, 2016
SRP: $34.99
View All Items In This Series
ORDER WISH LIST