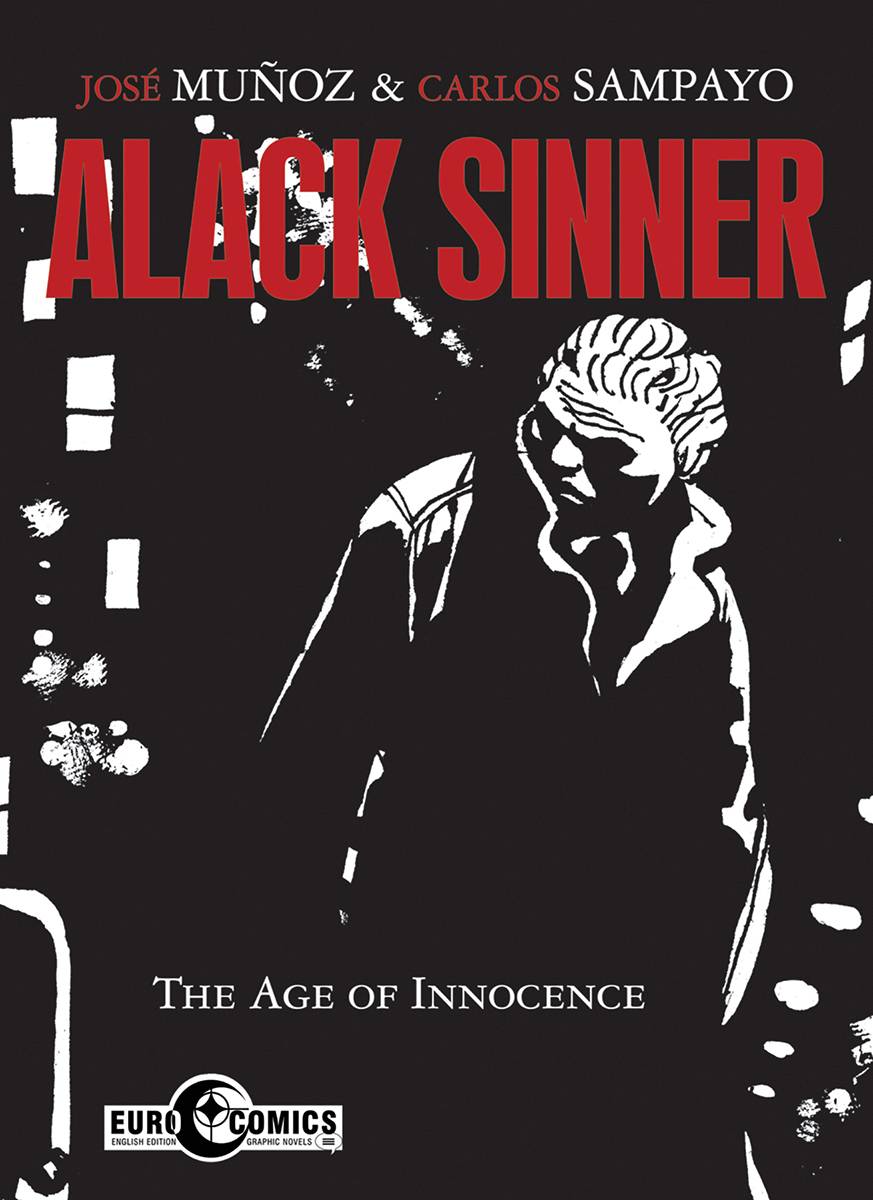 #
MAY160528
(W) Carlos Sampayo (A/CA) Jose Munoz
Alack Sinner: The Age of Innocence is the first of two volumes that present, for the first time in English, the complete Alack Sinner comics by the Argentine-born team of artist José Muñoz and writer Carlos Sampayo.

Sinner is a hard-boiled private detective whose adventures are played out to a jazz soundtrack in a noir New York from 1975 through the 2000s. The Age of Innocence collects eleven stories, including "Talkin' with Joe," "The Webster Case," "The Fillmore Case," "Viet Blues," "Life Ain't a Comic Strip, Baby," "Twinkle, Twinkle," and "Dark City." Alack Sinner is an international bestseller and between them Muñoz and Sampayo are winners of Europe's top comics awards.