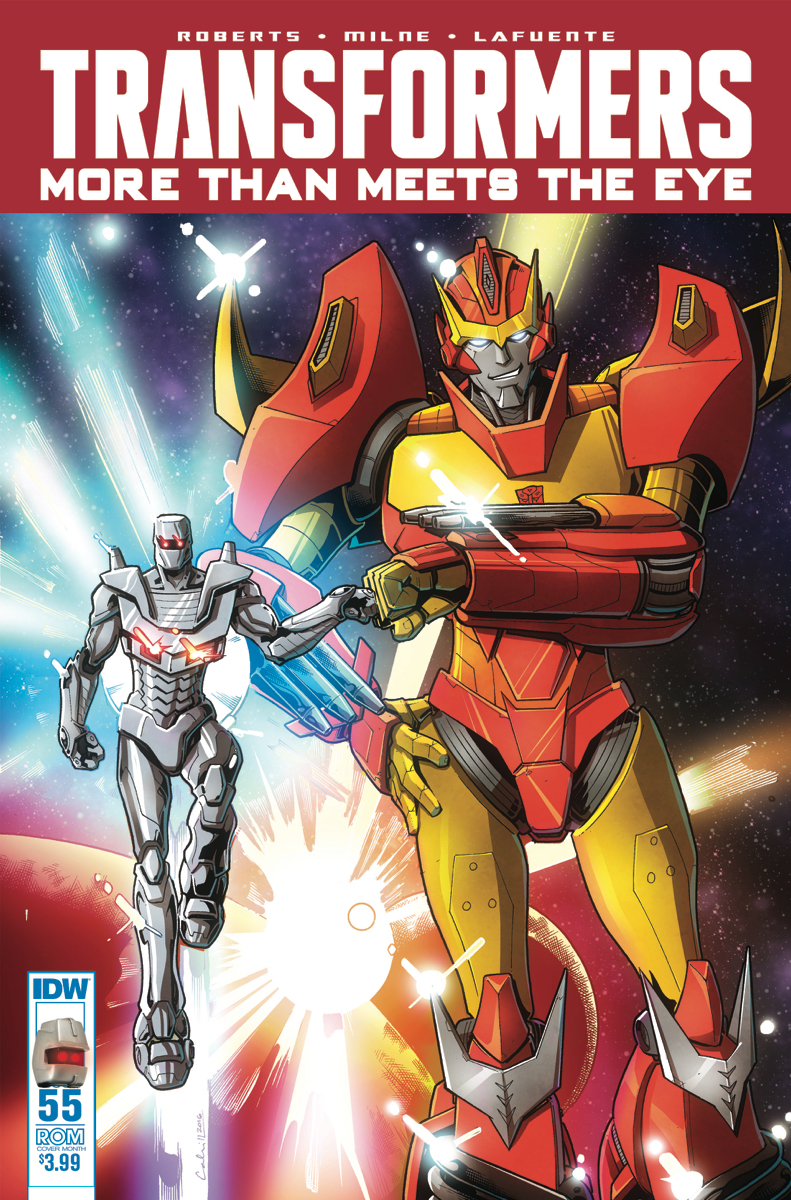 MAY160386
(W) James Roberts (A) Alex Milne (CA) Brendan Cahill
The battle against the DECEPTICON JUSTICE DIVISION is finally over, and for the few AUTOBOTS left standing, all that's left are words. Four words, to be precise. Four terrible words, millions of years old, that gave the DECEPTICONS their name.
Bullet points:
An unexpected ending? Or the most unexpected ending?
The crew of the Lost Light has never seen higher stakes!
Setting the stage for TITANS RETURN-and beyond!
Part of IDW's month-long variant cover program, celebrating the return of ROM!
In Shops: Jul 27, 2016
SRP: $3.99
View All Items In This Series